News
Home News INTERVIEW: ‘How we improved our revenue in Osun’ – Bolorunduro
News

INTERVIEW: ‘How we improved our revenue in Osun’ – Bolorunduro 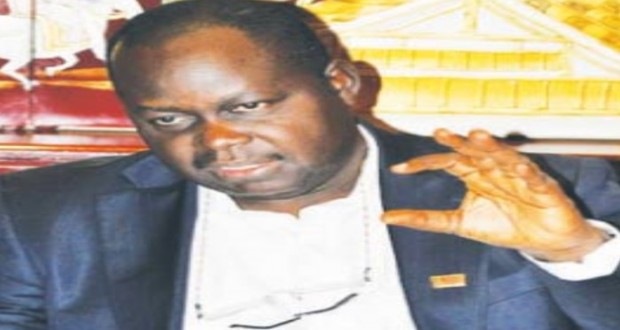 Dr. Samuel Adewale Bolorunduro is the Osun State Commissioner for Finance, Economic Planning and Budget. In this interview, he explains the guiding principles of the government of the state under Ogbeni Rauf Aregbesola, among other issues Excerpts:

THERE was this bond, Sukuk bond, by the Osun State Government that generated controversy. How would you react to this?
Well, the bond didn’t really, really generate controversy because when you use the word controversy, it would mean uproar. Controversy would also mean a resistance, but there was nothing like that. It was more of a section trying to play politics with it by saying that the governor was trying to Islamize Osun State.
The Sukuk bond is like any other conventional bond where you go to the capital market and raise funds and make a commitment that over the next seven years you would make good your promise. Apart from the nomenclature, there is nothing different from conventional. It was the structure of that Sukuk that enabled us to raise that funds at 14. 75 per cent and so if today I see an opportunity in my borrowing window limit as stipulated by the Debt Management Office of the Federal Republic of Nigeria and as stipulated by the Security Exchange Commission, and if I were a Moslem, there is an opportunity to raise funds and I see a structure that is called the Christian bond or Christian financing I will also use it.
There are lots of constructions going on in the state, considering the fact that Osun is not Lagos or Rivers. How are you going to complete these projects?
Those projects will be completed. Some will be completed over a span of two years, some will be completed over a span of three years. If you look at what we have done, despite that we don’t have available money now, but if we are allowed to spread it over three, four, or five years in some cases, we will be able to gradually pay. By then we would have started enjoying the road.
Let me tell you what we have done, we are the first state to have done this. Under Ogbeni Aregbesola, he was able to stick out his credibility and the state’s credibility and said you know what? If you want to be our partner, you must be able to go the whole hog with us i.e. you must be able to hang in there, construct the road and wait for your money. We had come up with the kind of what we call derivative financing. Derivative financing means something that is not going to impact you or poke a hole in your balance sheet. We said okay we can pay you with cash if we have cash we would pay you with promissory note if we have promissory note. The promissory note becomes a tradable instrument so that derivative financing allows bankers to participate in infrastructure development and allows contractors to participate in the development. So, we have shared the responsibility in such a way that nobody will take the advantage of government.
At the tail end of the last administration, N18.35bn loan was taken from the UBA…
Governor Rauf Aregbesola never said it was wrong to take a loan. He rather said it was wrong to take loan at the twilight of your administration. Not at dawn but at dusk and so the PDP took that loan at dusk. There was no way they could say that the intention was for the people of Osun because the project that they could have used it to implement, there was no way they could have finished it between February and March when they took that loan. If you look at the timing, and if you look at the purpose of that loan, both the timing and purpose were to build six stadia, if you are going to build six stadia at a go, you need to be preparing for the Olympic.
I remember that the governor promised to bring investors to the state, especially those dealing in IT/ICT but they are not here yet…
There are here. The LG Electronic will soon commission their factory in Ilesa. The other one that is going to be making Opon Imo tablet computers has almost finished their factory in Osogbo. You must have heard that we’ve encouraged International Breweries Limited to retain their investment in Osun State, rather than go elsewhere. By God’s grace, we are going to reach out to Dangote to open the steel company.
There has been an increase in the IGR of the state. Considering what you met, what would you say is the secret?
We’ve just increased efficiency and we told our people to be honest. So, we blocked leakages, we’ve the automated revenue collection mechanism and we’ve a passed revenue law.
People talk about capital flight here in Osun; how do you explain this?
There is no capital flight. If you look at it, we were the first state in Nigeria to come up with a policy which we call local content and not only that we measure it. We measure this in the sense that we have a consultant that goes round to find out how many jobs that have been created, direct and indirect. There is local content policy and in our agreement, we have forced the contractors to sign an undertaking that they will comply. Today, under our construction of road programme, we have people that are benefiting and the governor always says this to us in the cabinet: ‘If you’re doing road or building a school in your area, make sure your people are employed. No contractor should turn down people.’ So if you want to work and there is work around your area, you go there and tell them as an artisan that you must be given a job. The intention of the government of Rauf Aregbesola is to industrialise Osun and indigenise all contracts. Omoluabi Garment Factory came into existence because we did not want the capital to fly away. We insisted that for you to sew 750, 000 uniforms, you must set up a factory here, you must employ our people.
THE NATION 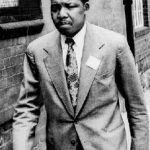 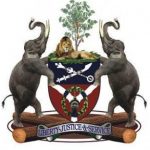