Learn To Comply With Traffic Rules Without Being Forced – Prof.Joseph Fawole

Motorists have been advised to cultivate the habit of complying with traffic rules without waiting for law enforcement agents to apprehend them.
Chairman, State of Osun Technical Committee on Federal Road Safety Commission set up by Governor Rauf Aregbesola, Prof. Joseph Fawole gave the advice during a road show embarked upon by the Committee.
While disclosing that the dominant offences for which most of the offenders were apprehended and booked were, failure to use the seat belt and overloading. Professor Fawole lamented that some motorists were caught with right hand drive vehicles which had been banned since 1973.
He then promised that the committee will not relent in its public enlightenment endeavours, until a sound road culture is cultivated as in development societies.
OSUN NEWS 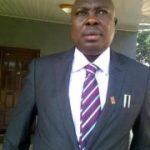 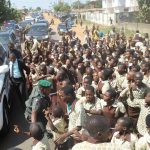