Osun More Peaceful Than Many States In Nigeria – Okiro 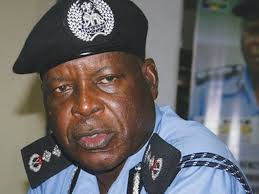 The former Inspector General of Police, Mr. Mike Okiro, has described Osun as a more peaceful and secure state than many others in the country.
Okiro, who is the current Chairman of the Police Service Commission, was on tour of the police formations in the state and paid a courtesy visit to the state governor, Ogbeni Rauf Aregbesola, in his office in Osogbo, the state capital, on Friday.
The former IGP was accompanied on the trip by the Assistant Inspector General of Police, Zone 11, David Omojola and the Osun State Commissioner of Police, Mrs. Dorothy Gimba.
Speaking further on the security situation in the state, Okiro said Osun has the lowest crime rate in the country.
He noted that the state security profile has made it attractive to many investors.
He said the influx of people and investors to Osun was as a result to the security guarantee in the state, saying the security agencies in the state are doing very well in protecting people, lives, properties and investments.
Okiro stated that he did not get any report of security breach throughout his stay in the state.
THE NATION
257 Views
12