Governor, State of Osun, Mr. Rauf Aregbesola, yesterday, appointed former judge of the World Court at The Hague, Justice Bola Ajibola  (SAN)  head of its Omoluabi Peace and Conflict Management Commission.
Governor Aregbesola in a special broadcast to mark the new year to the people of the state, said: “This is to be a standing commission where communal, religious, ethnic or other social disputes can be resolved by a body of respected elders from across Yorubaland and even other groups.”
He named Rev. Ladi Thompson, the Special Adviser to the President of Christian Association of Nigeria, CAN,  as the commission’s executive secretary.
Aregbesola also allayed the fears of proprietors of missionary schools in the state that the ongoing education reform policy of his government will affect them positively, saying their fears were unfounded.
He noted that only an irresponsible person will attempt to rubbish or remove the legacy of missionaries in education in the state and even in Nigeria.
His words: “I attended mission primary and secondary schools here in Western Nigeria and I proudly display that in my resume. But let me take us back into a bit of our fairly recent history. Everyone knows that mission schools were taken over by the government of the Western State almost 38 years ago.
“This means that since 1975, all mission schools were owned, funded and run by government. But the succeeding state governments ensured that the names of the schools were not changed, in order to maintain the legacies of the founding missionaries.
“Therefore, as we rebuild the schools and expand their facilities, we also have not and will not tamper with their names. We believe that the missions and missionaries, who founded the schools, must be immortalised by retaining the names of the schools. For example, one of the completed middle schools in Osogbo is the Salvation Army Middle School at Alekuwodo.
“I am also aware of the agitation of some missions to have schools returned to them. Although, as I have said before, the schools have been owned by governments since 1975, our administration is not foreclosing the prospect of returning some of the schools upon the completion of our new schools.
“I wish to emphasise that this process can only begin upon completion of the schools we are currently and aggressively building all over the state.
“The process of return of schools must be well planned and executed because of the various implications, especially the fact that their ownership had changed almost four decades ago.
VANGUARD 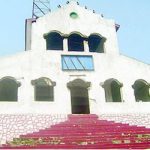 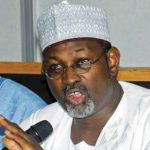