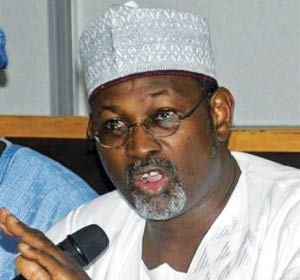 Chairman of the Independent National Electoral Commission (INEC), Attahiru Jega, has promised to deliver fair and credible governorship elections in Osun and Ekiti states later this year.
Admitting that the controversial November 16, 2013 Anambra State governorship election was plagued by flaws, Jega also pledged to avoid the pitfalls that dodged the poll.
He spoke in Abuja on Wednesday when he received in audience Ambassador of Netherlands to Nigeria, John C.M Groffen, at the INEC headquarters.
Jega noted that the international community had raised concerns over the political stability of the country ahead of the 2015 elections.
The Ambassador had cautioned against political instability of the country ahead of 2015.
Jega, who acknowledged the concerns of political stability, added that the electoral commission has learnt lessons from previous elections, hence it was poised not to repeat those mistakes.
Jega, who said 2014 would be a very busy year for the commission, added that INEC was “aware that friends of Nigeria are anxious as we move towards the general elections and they are keen to know the challenges that we face ahead of the elections”.
He added: “We are aware that a stable nation, will lead to an improved economic growth. Our job is to use the electoral process to ensure that elections are conducted with credibility and add to the political and economic stability of the country.”
He assured that the prospects of the coming year are good because extensive research and preparations have been done since 2011, adding that remarkable improvements have been made in the process.
Jega said “as we move to 2015, we are confident that it will be much more better than 2011. Elections in Nigeria, considering its size and complicity, are very challenging but those challenges are not insurmountable.
“We have also learnt the hard way that sometimes in spite of our best efforts things happen which raise questions about our preparations.”
Promising that the mistakes of last year’s governorship election in Anambra state would not be repeated in Ekiti and Osun states, Jega said, “What happened in Anambra was unfortunate and it will not in any way represent what will happen in 2015. We have learnt additional lessons from it and we are factoring it in our preparations for 2015.
“We will have two governorship elections this year and we are doing everything possible to ensure they are conducted smoothly, freely and fairly. We have mapped out detailed plans from previous elections,” Jega assured.
On his part the Netherlands envoy expressed concern at the political instability of the country, noting that he has been following the political activities in the ruling Peoples Democratic Party (PDP) which he described as an “interesting situation”.
He expressed optimism that the international community would be ready to assist the country and INEC in particular to ensure stability.
While he underscored the long-standing relationship between Nigeria and his country, Groffen said “we know that a stable Nigeria is conducive for business”.
“We are interested to see free and fair elections, as it would help Nigeria become a more stable economy. We are here to discuss prospects of the coming year.
The Nigeria Police similarly vowed on Wednesday to resist any attempt by politicians to cause security breech during the 2015 general elections.
It assured that it has mapped out strategies to ensure that all the elections were crisis free.
Inspector General (IG) of Police, Mohammed Abubakar, stated this at the opening of a conference of Deputy Inspectors General (DIGs) of Police, Assistant Inspectors General (AIGs) of Police and Commissioners of Police (CPs) in Abuja.
“If election will take place in 2015, whether we are on board or not, we have the responsibility as agency of government to ensure that preparation for 2015 starts in 2014,” he stressed.
Abubakar said any politician that is nursing evil intent during the 2015 elections must therefore be warned.
He assured that the police would not leave any stone unturned to ensure that the election is a success.
He said the police would in the next few days pay greater attention to states that have communal crisis to ensure that normalcy was restored in such states. He specifically mentioned Kano, Kaduna, Taraba, Plateau and Nasarawa states.
The conference, according to the IG, will “pay attention to political situation in Nigeria, looking at the zones and each state of the country”.
“We will review the political situations and issues in each state, then adjudge and see what the commissioner of police has been doing, whether he has been able to take care of such situation and areas where he has challenges, we look at that challenges and find out what are the impediments that stop him from doing what he is supposed to do in order to avoid political crisis,” the IG added.
DAILY INDEPENDENT 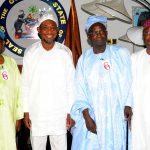