The Osun State government has injected about N500 million to promote Small and Medium Scale enterprises (SMEs), the Commissioner for Commerce, Industry, Cooperatives and Empowerment, Ismaila Adekunle Jayeoba-Alagbada, has said.
He told The Nation that the gesture is geared towards growing SMEs in the state, adding that government is building capacity as well as an enabling environment for small businesses to thrive. such as organising training in business management, succession and marketing plans.
He said government established four departments in the state’s Micro-Credit Agency for traders, artisans and those in agriculture and administration. The Commissioner revealed that the current administration has made available 35 hectares of land to establish an academy that will serve as an incubator for unemployed youths. Youths will under the platform acquire several skills on self-employment.
The idea according to him is to equip them with necessary skills to make them employers of labour in future.
Furthermore,Jayeoba-Alagbada said the importance government put on reliable data for economic planning made it to embark on biometric registration of all artisans and tradesmen to adequately cater for their needs.
On how to ensure standards, the commissioner explained that the launch of weights and measures in all markets across the state is to maintain standard across board.
According to him the current pragmatic administration of industrialization is viable as it has attracted private industrial investment to the state with the establishment of Omoluabi Garment Factory, which he said has since commenced full production.
He said: “A Business Support Centre has been established in the state capital in collaboration with the Small and Medium Enterprises Development Agency of Nigeria (SMEDAN). The core activities of the centre are the enhancement of the capacity of operators of Micro, Small and Medium Enterprises and entrepreneurial development of unemployed graduates and youths. This is sequel to the development of industrial estates across the state.”
He revealed that the Osogbo Industrial Estate has been fully developed and allocated to entrepreneurs. Jayeoba-Alagbada said the Ilesa industrial estate is virtually completed with all critical infrastructural facilities in place. Plots in the estate are presently being allocated to industrialists while the development of industrial estates in seven other locations across the state is in the pipeline, he added.
The commissioner said the state government in collaboration with the Bank of Industry (BoI), under the OSSG-BoI (MSME) Fund, provides financial support to cooperatives, industrial investors and operators of micro, small and medium enterprises. 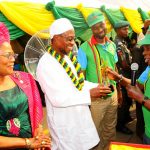 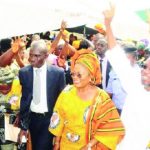