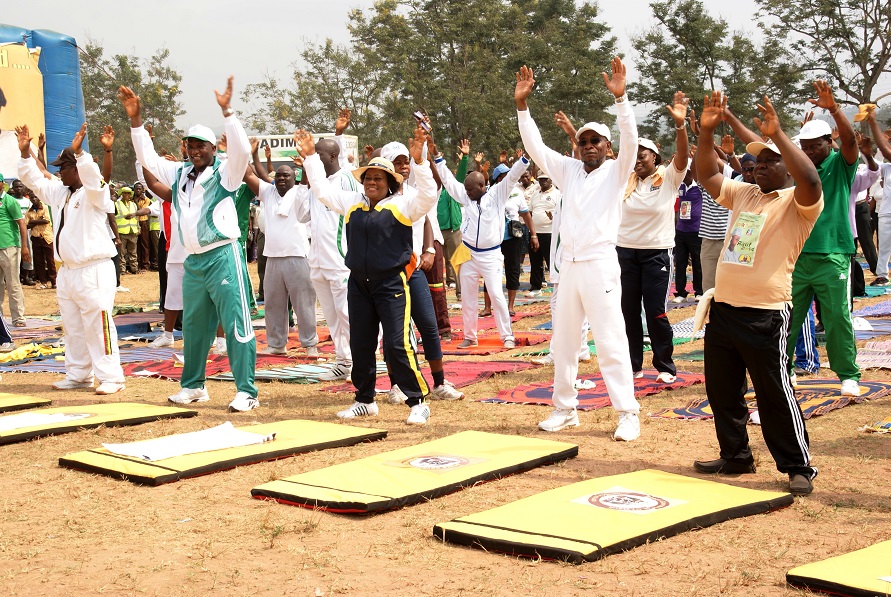 ‘Walk to Live has reduced ill-health’
The 14th edition of the monthly health programme of the Osun State government, Walk to Live, was held at the weekend in Ilobu, Irepodun Local Government Area.
The programme, which was the first this year, witnessed a large turnout of people.
Governor Rauf Aregbesola urged the people to be wary of desperate politicians, who may want to buy their voter cards, as the governorship poll approaches.
He urged them to come out en masse to vote for him on the Election Day.
Aregbesola described 2014 as a crucial year for the state because of the election, adding that Osun cannot afford the decay it witnessed before the advent of his administration.
He urged All Progressives Congress (APC) members to participate in the party registration scheduled to start at month end.
Aregbesola warned the people against registering more than once when the registration of voters begins to avoid being disenfranchised.
He said: “I urge you to troop out en masse to vote during the governorship election. 2014 is a crucial year for our state, as we cannot afford to go back to the Dark Age, when there was no infrastructure. We should all come out to vote, so that you can show them that our party’s victory in the last election was not a fluke.
“We must ensure that our names are in the voter register. I advise those who would be registering for the first time to avoid double registration, so as not to be disenfranchised.”
The governor reiterated his administration’s commitment to improving the state and making life easier for the people.
He said the reports of health managers showed that the programme has led to reduced cases of ill-health in hospitals.
Commissioner for Youth, Sports and Special Needs Stephen Kola-Balogun said the programme sensitises the people on healthy living; provides an avenue for the governor and the people to interact and discuss the government’s programmes; as well as allow the people to make new demands.
He said rather than look at the programme from a political perspective, its advantages should be emphasised.
Kola-Balogun said: “Just like many other initiatives of this administration, including Gbangba Dekun, which have become large media events, the Walk to Live would continue to enjoy public support because of its uniqueness.
“There is no way people would not celebrate the governor for his visionary and courageous leadership, as well as make new demands during the programme. The governor in return would make remarks that, no doub, would sound political. This, I think, is where elements of politicking come in. It was not part of the initial plan for the programme, but it became unavoidable at a point.”
The three prominent monarchs in the area, the Olobu of Ilobu, Oba Ashiru Olaniyan; the Elerin of Erin-Osun, Oba Yusuf Oyagbodun; and the Olufon of Ifon-Osun, Oba Almaruf Magbagbeola, prayed for the administration’s success.
The Olobu urged the people to reelect Aregbesola, describing the governor as “the voice of the people, particularly the vulnerable”.
Alfa Ganiyu Abisoye, the state coordinator of the Oranmiyan Group, said the walk has improved his health.
Kazeem Lawal, a youth leader, said apart from playing football, the walk has made him cultivate the habit of trekking short distances.
Folasade Bello said she has realised that walking is good for the health.
Taofeek Shittu said the benefits of the exercise are “indescribable”.
Commissioner for Health Temitope Ilori said her ministry provides ambulances for the programme and the sports ministry gives health tips.
Commissioner for Information and Strategy Sunday Akere said the programme has put all commissioners, heads of parastals and ministries on their toes because the governor can easily see what is going on in communities during the walk.
Commissioner for Finance, Economic Planning and Budget Wale Bolorunduro said it is always exciting for the governor, top government officials and the ordinary folks to walk together as a people.
The Dean, Faculty of Education, Osun State University, Prof. Joseph Fawole, said regular physical exercise is the most effective means of staying healthy.
He said: “I am happy with the large turnout of people for this event. This shows that the people have realised the importance of the monthly physical exercise introduced by the present administration.”
THE NATION 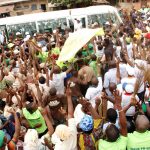