"Our Feeding Programme Has Improved Our Students' Productivity" – Says Aregbesola 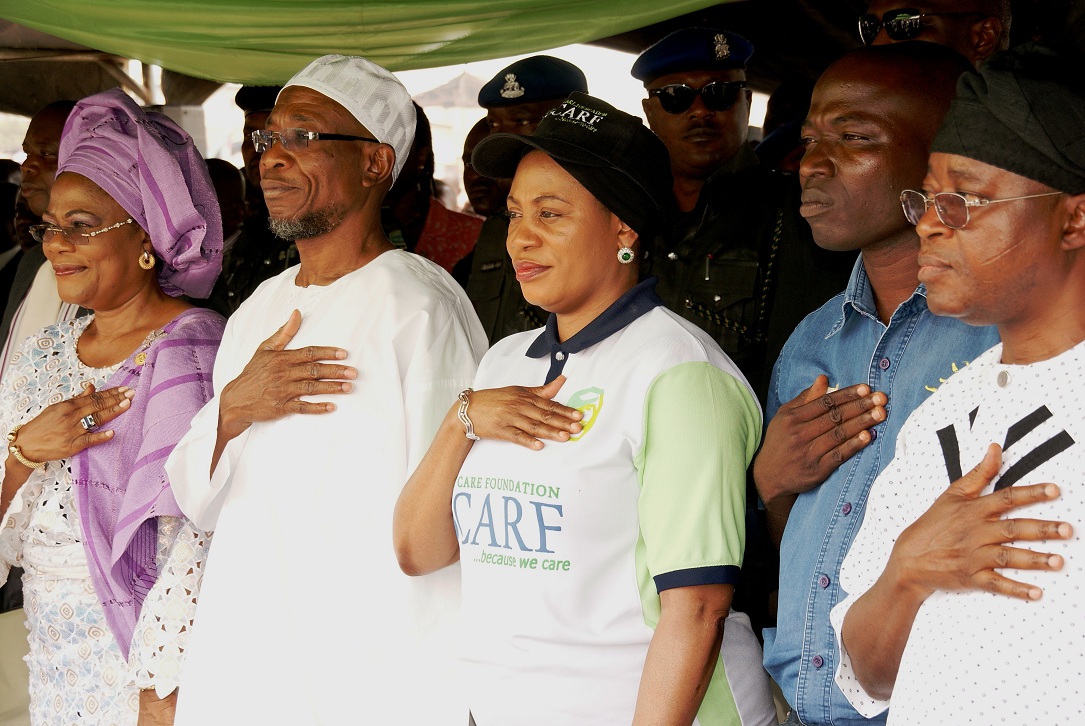 The Executive Governor of the state of Osun, Ogbeni Rauf Aregbesola, who was a guest speaker at the presentation of the “Milk of Knowledge” to the pupils’ of Elementary schools across the state, organized by Sherifat Care Foundation (SCARF), a pet project of Her Excellency, Alhaja Sherifat Aregbesola, on 20th February, 2014 at the Nelson Mandela Freedom Park, Osogbo.
He stated his commitment in making sure that pupil at public school across the state get desire nutritional meal, which was the intention of his administration O’Meal initiative. He said this has reduced out of school children in every crannies of the state and aftermath result of brain alertness and nutritional value to increase their productivity .
Ogbeni revealed that in order to boost the government’s O’Meal programme, his administration has employed more than 3,000 women who were saddled with the responsibility of preparing the pupil’s meal. And this has been testified to by National Bureau of Statistics that Osun is number one among the state of federation that unemployment figure has reduced significantly.
Speaking further, Aregbesola revealed that all those employed were selected regardless of their political or religious affiliations but based on their educational qualifications.
The governor also hinted that his government had committed huge amounts of money into education in the state for the benefit of all indigene of Osun. He said that the schools in the state are not for Muslims or for Christians, neither are they for adherents of any other religion. They are for all children of Osun, regardless of their circumstances of birth because these are the leaders of tomorrow.
He noted that his administration per capital spending on each elementary pupil is atN84,000 annually, which includes feeding, free fees and uniform among others.
He explained that it was in the best interest of the pupils’ for this type of laudable programme to be instituted but lamented that the Federal Government has been starving the state of monthly allocation.
He blamed the Federal Government for the shortfall in the oil revenue, which has affected what is accruing to the state government. He further berated the FG on the suspension of CBN Governor, Mallam Sanusi Lamido for exposing the tsunami of corruption at the NNPC.
Aregbesola called on corporate organizations and well-meaning Nigerians to support the positive initiative of the SCARF so as not to allow the “Milk for Knowledge” programme to die.
On the similarity in school uniform, he said the government policy on that project is for the good of the pupils’ and does not have any Islamisation correlation. He said the opposition who are paddling this unholy rumour are only being economic with the truth, because this has increase the revenue based of the state with the Sam & Sarah Garment Industry in the state.
He said they have failed in their bit to cause confusion amongst the schools just to discredit his administration, but promise that the government will relent in service delivery to the people of the state.
Aregbesola revealed that Sam and Sara had employed more than 3,000 of the state’s youths in their garment factory adding that the issue of school uniform had nothing to do with religion.
He further explained that since government has taken over the public schools, it has every right to change the school uniforms as done in some advanced countries such as Benin republic, Indonesia, United Kingdom.
On the issue of school identities, he revealed that a smart identity card would soon be made available which would contain all the bio-data of each pupils.
He admonished all parents to disregard lies from the camp of the opposition parties as government was only interested in the well-being and future of the children as leaders of the tomorrow.
BIOREPORTS 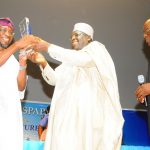 True Federalism Is The Answer, Says Itse Sagay… as Aregbesola Receives Man Of The Year AwardFebruary 22, 2014
Civil Society Urges Parents To Instill Discipline In Their Children To Avoid Being Used By Unscrupulous PoliticiansFebruary 23, 2014 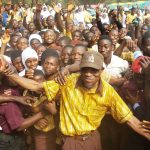