INTERVIEW: "Aregbesola Is An Icon Of New Thinking" – Osun Speaker 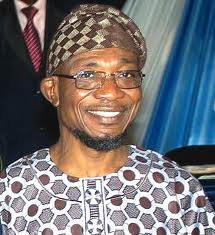 In this interview, Speaker of the Osun State House of Assembly, Rt. Hon. Najeem Sallam, speaks on Ogbeni Rauf Aregbesola as Independent Man-of-the-Year 2013. Excerpts:
What is your take on Governor Rauf Aregbesola emerging as the Man of the Year 2013 of Independent Newspapers?
Ogbeni Rauf Aregbesola is one man who brings a lot to the table of governance in Osun, and as the Speaker of the State parliament, I am privy to do many things this man is capable of, and the yardstick used by the newspaper to elect Aregbesola is not only unique, but also unprecedented in the history of the award in this country, and I may safely say that so it is in this continent.
So, my take on the award is that the man, Aregbesola actually merits the symbol of new thinking used as indicator, because he brought so many initiatives that were not found anywhere in the world, he has brought development considered unbelievable to the state, and I stand to be corrected. His school feeding programme has drawn the attention of the international community to us, his education policy coupled with tablet of knowledge ‘Opon Imo’ has won the state international accolades, and his employment generation has placed Osun as the seventh largest economy in the country. However, it was obvious that the resources accrued to the state could not even finance salaries and pension alone. Aregbesola is eminently qualified.
Having had his achievement acknowledged, don’t you think the award is capable of whittling down his morale to do more?
Thinking that award would whittle down Aregbesola’s passion is an underestimation of what Ogbeni is. One thing is very clear, Aregbesola is driven and motivated to carve a niche for himself in the history of this state in particular, and the country in general. So, all his moves, his projects, and initiatives are attributed to the creation of a new man who is complete mentally, behaviourally, emotionally. And a cursory look at his six-point integral action plan is interwoven around the concept of emotional intelligence called ‘Omoluabi’.
So, Aregbesola is not a man who seeks power to hoodwink or window dress, but to make a lasting impression that will make his name indelible in the plaque of history. I think he reads our late sage, Chief Obafemi Awolowo like book, and he is making effort to re-establish the lost era, and I am sure he is still running a time bound race that demands more for positive result.
But the opposition insists that Ategbesola has not done anything to warrant celebration?
That is expected of the opposition, I was once in the opposition, and I know that our job is to keep the government on its toes by pointing out its flaws and be silent on its achievement, but the opposition we have in Osun of today is not a thinking opposition, they are just begging for relevance, when they ought do their homework, and engage the government in a constructive criticism, but they seem to love blackmail and rumors as instrument of propaganda. Such an opposition does not worth a dime. I pray they turn a new leaf, so that we can have a complete process of democracy in place.
What is your advice on the forthcoming governorship election?
I am confident that the good people of Osun, the employer of any office holder would not be hoodwinked into another terrible experiment that drew the state back for years before the advent of Aregbesola’s administration. But what matters is for the Independent National Electoral Commission (INEC) to do justice to the election by being free, fair and credible.
Let it be known that what obtained in Anambra election would not happen here, because our people would not sleep until the winner is declared, that shows we are going to positively make one man, one vote counts.
DAILY INDEPENDENT 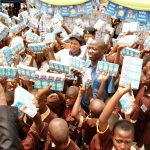 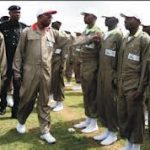