Osun State is committed to boosting its internally generated revenue (IGR) and relying less on federal allocation, Special Adviser to Governor Rauf Aregbesola on Budget and Economic Planning, Mr Bade Adeshina has said.
Speaking during the 2014 budget presentation, he said the government is repositioning and strengthening its IGR mechanisms by “beaming its searchlight towards the informal sector.”
Adeshina has allayed workers fears over the safety of their contributions in the pension scheme, adding that the governor is committed to improving workers’ welfare.
Speaking at a forum to sensitise pensioners, he said the state would ensure that the scheme is well-administered by competent persons.
According to him, participants should not worry about receiving their pensions after retirement as the contributions are kept with the Central Bank of Nigeria (CBN) in line with the Pension Reform Act 2004.
He said those who condemn the contributory pension scheme do so out of ignorance.
THE NATION 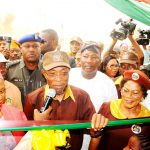 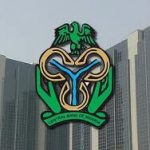