Succour For The Mentally Challenged In Osun

The administration of Ogbeni Rauf Adesoji Aregbesola is said to be an unusual government, it is indeed unique in caring for the less privileged and the helpless in the society; from the aged to the mentally challenged. In Nigeria, it is uncommon for government to give special attention to the mentally ill that roam the streets, rehabilitate, give medication and empower them for normal lives after recovery.
This is the uniqueness of the Ministry of Sports, Youths and Special Needs, in caring for the mentally challenged in the state.  Mental illness is a medical condition that disrupts a person’s thinking, feeling, mind, ability to relate to others and daily functioning. It is also a medical condition that results in a diminished capacity for coping with the ordinary demands of life.
Marcus Tullius Cicero was the first man to develop a means for catering for the mentally ill using biographical information to determine the best course of psychological treatment and care. The medieval Muslim physicians and their attendants relied on clinical observations for diagnosis and treatment. It was in 13th Century medieval Europe that built psychiatric hospitals to cater for the mentally ill.
However, the Christians in Europe brought in religious intervention in praying for the deliverance of the mentally sick persons. President John F Kennedy in 1963 accelerated the deinstitutionalization of community Mental Health Act.
The coming of the colonialists led to the establishment of hospitals including psychiatric hospitals in Yaba in Lagos, and Aro in Abeokuta. By the time the military took over the reign of government, little or no attention was paid to mental illness, as a result of their negligence, our street became the open field for the mentally challenged people. Since the democratic era, most of the states in Nigeria have not given the mentally challenged the attention they deserve, but the  Aregbesola administration has since commenced a special program called Osun Rehabilitation Programme (O’Rehab) to cater for the mentally challenged.
The Programme commenced in August 2012 under the supervision of the Department of Special Needs, sequel to the establishment of Ministry of Youths, Sports and Special Needs was saddled with the responsibility of providing adequate treatment and rehabilitation of mentally-challenged person/destitute on the streets of the State of Osun.
The present government provided accommodation for the rehabilitation of the mentally-challenged persons and for the training and development after medical and psychiatric treatment from the designated psychiatric hospitals and certified fit to live normal life. These buildings were built in Ilobu, Irepodun Local Government, Osun.
The government did not only provide accommodations but ensures that care and rehabilitations are given to the patients. The project received support from the Care and Rehabilitation of Mentally-ill (CAREMI) a Non- governmental organisation under the leadership of Professor Rogers Makanjuola, a consultant to the state on the project and has performed extremely well in the restoration and in the health for the mentally-challenged.
It is important to note at this junction that about (65) sixty five patients had been treated and financially empowered to enable them reintegrate into their families and the society at large. Some of them are now contributing to the economic development of the state and have been expressing their appreciation to the Governor for turning their hopelessness to a new joyful beginning, and for restoring them back to the society. Six patients are currently in the hospitals in various centres receiving medical aids at the expense of the state.
The state has been funding the project despite the lean purse of the state, it is a good project that should attract support of our wealthy men and women particularly those with one foundation or the other to remember to take care of the mentally-challenged in our midst. So far, the government has spent N16 million naira on the program. A sum of N12 million naira was spent on accommodations and related needs. The state has continued to provide drugs and necessary medical care for the patients.
What Aregbesola has done for the mentally challenged in the state should be emulated by other states to rid our society of watching helplessly the mentally ill in our society. It is even more disturbing when able-bodied adults go as far as putting those with mentally-challenged in the street into family way instead of assisting them to recover from their insanity.
We must assist them to get into the rehabilitation centres. This call is necessitated by the fact that annually,  as many as 16 individuals out of every 100,000 people in the world commit suicide as a result of some underlying mental problems according to the World Health Organization (WHO) report. In the US, this number is 11 for every 100,000 people.
Further report stated that 25% of the world population is said to suffer from some or the other mental illness at some point in life.
Experts are of the opinion that stress and depression are two important factors which drive a person towards such psychological problems and sadly these two factors have become the characteristics feature of the life style that we follow today.
We must be our brothers keeper, to ensure that we join hands in reducing stress related problems in our society by creating jobs and social allowances for the unemployed and the aged ones, and those with mental health challenge should be given deserving attention as is being done in the developed part of the world.
SUN NEWSONLINE
55 Views
2 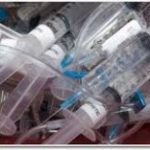 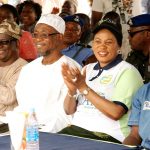