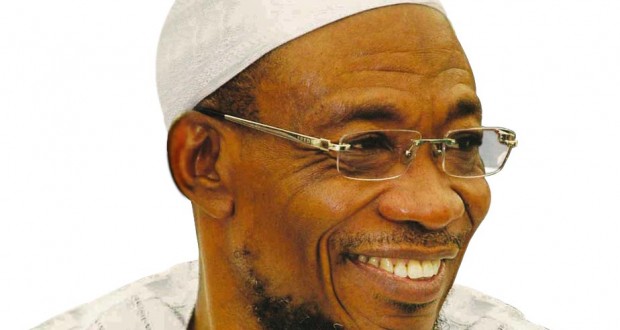 Osun State Governor Rauf Aregbesola will receive the National Infinity magazine’s Man of the Year 2013 award next month.
He will be presented with the award during the Third Babatunde Jose Lecture on Media and The Society.
The presentation will be preceded by a lecture to be delivered by eminent journalism scholar, former Executive Editor of The News and Managing Editor of Premium Times.com, Dr. Dapo Olorunyomi, at the Centre for Black Culture and International Understanding in Osogbo, the state capital.
The magazine’s Editor-In-Chief, Olajide Ige, said the editorial board singled out Aregbesola for the honour because of his “radical approach to governance”.
The magazine listed Aregbesola’s ground breaking achievements in youth employment, infrastructural development, education and agriculture as the basis for his choice.
In a notification letter to the governor that he is the Nigerian of the Year 2013, the magazine said it is proud to be “celebrating a man, who took over a state that was moribund and near comatose and turned it into a viable and fast developing state through ground breaking, innovative and progressive policies that have revolutionised the state and set it on the path of progress, economic and infrastructural development, which has gained international attention over the past three years.”
Past winners of the magazine’s Nigerian of the Year are businessman Alhaji Aliko Dangote in 2010 and House of Representatives’ Speaker Aminu Tambuwal in 2011.
The honour comes with a N100,000 prize, which will be donated to the winner’s charity organisation of choice.
THE NATION 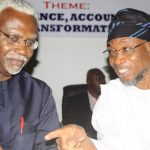