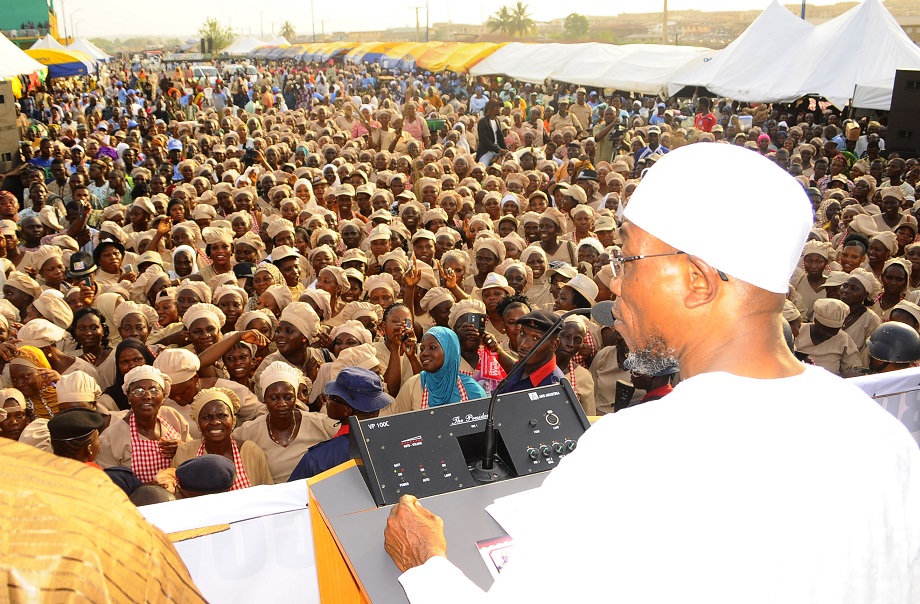 A combination of modern educational facilities, new network of roads, better structured environment and empowered citizenry have led to the emergence of a new Osun under the administration of Ogbeni Rauf Aregbesola.
This was the conclusion of the Bureau of Communications and Strategy, Office of the Governor in its release on Sunday.
The Bureau said the entire people of the state have seen remarkable difference in the rot inherited by the current administration on November 27, 2010 and what the state has become in terms of social amenities, motivation of the people and above all, restoration of peace.
This was just as Architects in Nigeria under the aegis of the Nigeria Institute of Architects (NIA) described Osun’s urban renewal programme as a good template to cause peer-review with other states of the federation.
During a meeting with the governor at the weekend, the architects said the various restructurings taking place throughout the state showed that the administration is poised for the birth of a new society.
The Bureau, in its statement signed by the Director, Semiu Okanlawon, noted that the completion of at least 39 mega schools, completion of almost 800 kilometres of roads across the state, creation of better environment for healthier living, empowerment of the various strata of the society have created a strong sense of newness in all spheres of life.
“So, 39 schools containing over 1,700 classrooms with modern facilities have been concluded. However, more than that figure has reached near completion stages and would soon be put to use by the pupils for whom they are targeted.
“If you place that side by side the huge network of newly constructed, inter-city and intra-city roads already completed, there is no doubt that this government has created a new Osun which is a source of attraction to people. Osun now offers a more conducive atmosphere for business and pleasure more than any other time in its 22 years of creation.
“As the state with the least unemployment rating, the highest public school enrolment figures in Nigeria and as the 7th largest economy in Nigeria, Osun no doubt has transformed from its old self to a modern state with great potentials for more growth.”
Meanwhile, the Nigerian Institute of Architects has said it was in the state to understudy Osun’s urban renewal programme of the government with a view to recommending it to other parts of Nigeria.
NIA President who was represented by the body’s 2nd Vice president, Arc Adibe Njoku said, “The Executive members and scores of members from all parts of Nigeria and from different spheres of practice are here to see, study your urban development initiative and evolve ways to provide requisite supports to nurture pragmatic progressivism in the governance and genuine innovativeness in the Administration as epitomised by your Administration.
“We do hope to establish some benchmark to assist other state’s in peer-review.”
Aregbesola, while addressing the body of architects, said Nigeria must be rebuilt by professionals like architects as the responsibility for the rebirth of the society cannot be that of political leaders only.
Aregbesola said, “Nigeria must be re-built by professionals like you who are selfless in the development of human society and humanity because political leaders cannot be generalists and therefore need all other professionals to develop the nation’s socio-economic sphere.
“We have pandered too much on the failure of our country, but we owe it a duty nevertheless, to try our utmost best to use our expertise to solve the problems of building and bridge collapse and other sundry issues related to our individual professions.
“It’s puzzling though that Nigeria Architects have not developed or build on the roofing sheets designed by the colonial masters, some of which are injurious to our health and other environmental hazards.
“We don’t need university certificate to know that we are in danger of health crisis and need more environment friendly roofing material that will support our claims to being part of a global village that preaches environmental sanity.
“The mentality of our people is so subservient that we don’t even know that we are in danger by using the present roofing materials, and this is where the professionals come in who can distinguish between genuine building materials from fakes”, the governor said. 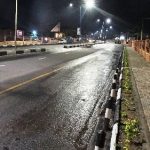