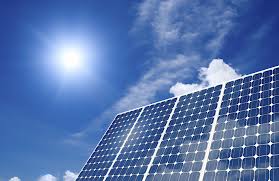 The State Government of Osun and the Vergnet Group of  France will today 27 February, 2014 sign a Memorandum of Understanding (MoU) in Abuja on the establishment of a 13 Megawatt Solar Power Plant in the State of Osun.
The Vergnet Group is a French industrial company which specializes in sustainable and renewable energy development. The Group has a strong presence in Africa and in particular in Nigeria where it is in the process of commissioning the first wind farm (10MW) in the State of Katsina, under a contract with the Federal Ministry of Power.
The event which will take place at the Aso Rock Presidential Villa in Abuja will be witnessed by President Goodluck Jonathan, the French President, Mr.  François Hollande, Minister of Finance and Coordinating Minister for the Economy, Dr. Ngozi Okonjo Iweala, Minister of Trade and Investments, Dr Segun Aganga, representatives of the State Government of Osun and the Vergnet Group and members of the diplomatic corps.
Dr. Charles Akinola, Director General, Office of Economic Development and Partnerships (OEDP) will sign the MoU on behalf of the State Government of Osun while Mr. Jérôme Douat, Chief Executive Officer of the Vergnet Group will sign on behalf of the Vergnet Group. This is another demonstration of the resolve of Ogbeni Rauf Aregbesola’s administration to utilize partnership initiatives to bring sustainable development to the State. The project will increase the power supply to the people of Osun, boost economic activities in Osun and further attract foreign investment.
The project which is scheduled to commence this year will be sited in Osogbo.
Under the MoU, the Vergnet Group will provide technical expertise, advisory services including the project design, project planning and financing plan. In addition, the Vergnet Group will facilitate the financing of the project from French Government.
On the other hand, the State Government of Osun will be responsible for identification and allocation of land for the project, contractual clearing with administrative authorities and for developing the necessary infrastructure such as access roads, etc.
The Director General (OEDP), on behalf of the State Government commends the Vergnet Group for considering the State of Osun for the project and promises that the State will continue to partner with them and other reliable companies to realise other areas of Ogbeni Rauf Aregbesola’s Six Point Integral Action Plan.
iReport 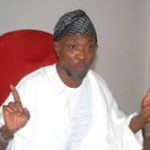