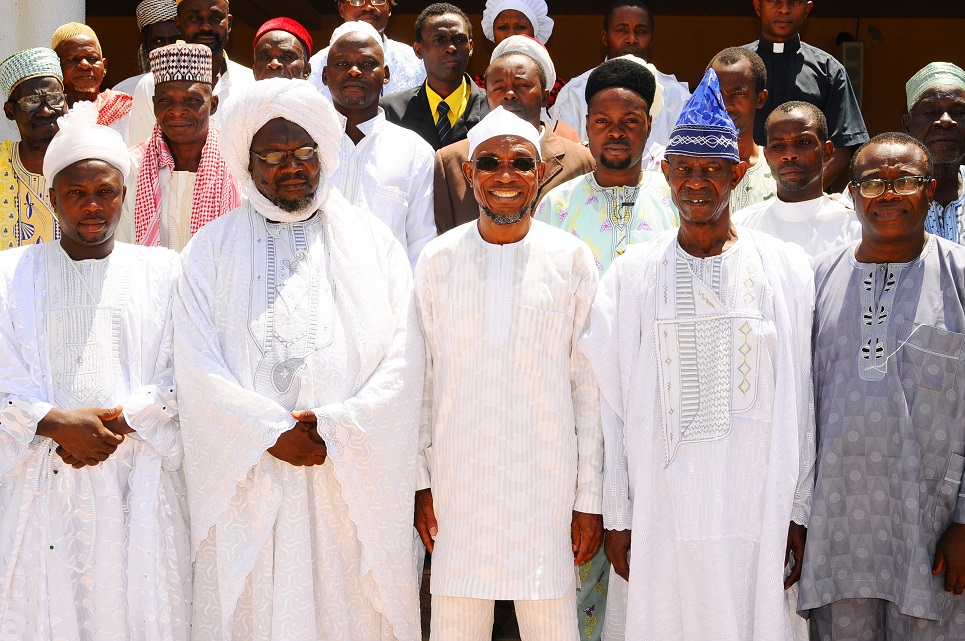 Governor of the state of Osun, Ogbeni Rauf Aregbesola has called on the people of the state to jettison religious disunity and uphold love and peaceful co-existence among one another.
He held that it is only love that can put out the fire of violence, saying that the prayers of religious leaders in the state can only be answered in an environment where there is peace and harmony among the citizens.
The Governor stated this on Thursday while granting audience to members of League of Imams Alfas and the members of the Christian Association of Nigeria (CAN) from Ife-South Local government  who paid him a courtesy visit at the Banquet hall of the government house in Osogbo.
While declaring that the role of government in any society is to alleviate poverty and ensure peace, security and harmony, Ogbeni Aregbesola stressed that religious leaders in the society can assist the government by ensuring that their followers live in peace and harmony at all times.
“The role of government is to alleviate poverty and ensure peace, security and harmony which we will continue to do as a government, but you as religious leaders must continue to ensure that your followers co-habit together in peace and unity at all times.”
“Government will continue to work and collaborate with religious leaders to ensure peace in the state because hardship and insecurity can only be stopped through cooperation, love and prayers” the Governor stated.
He urged the religious leaders to help reduce violence in the society because  one of the primary aims of the present administration is to ensure that people continue to live in peace and harmony.
Ogbeni Aregbesola who promised that the state will never experience backwardness in any form again stressed that the present administration will continue to strive to make the state a better place without living the people of Ife-South out in the scheme of things.
Also speaking, the co-ordinator of the Quick Impact Intervention Programme(QUIP), Mr Dele Ogundipe highlighted the various government interventions in Ife-South Local Government Area such as the assistance given to the people of the area in the Agric sector, RAMP projects going on and  the empowerment of women among others.
In their separate remarks, the President, League of Imams and Alfas in Ife- South, Alhaji Soliu Alesinloye as well as the Chairman of the Christian Association of Nigeria (CAN) Ife-South chapter, Pastor John Oladimeji both expressed appreciation to the Governor for taking steps to towards having religious harmony in the state.
According to them “since the inception of the present administration, the various religions in Ife-South have never had so good  in terms of harmony as Muslims and christians which are the two major religions have been living peacefully since your government came on board which is why we have decided to come and show our appreciation to you”.
They also saluted the Governor’s courage and drive which has made him to be in a hurry to develop the state and make Osun rank among its peers.
“Your various efforts to move the state forward is very clear for all to see and we pray that the almighty God will continue to grant you the strength and wisdom to move the state forward beyond 2014.” They said.
OSUN NEWS 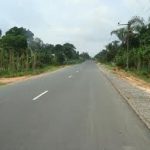