Aregbesola For Walk To Live On April 5th

The All Progressives Congress (APC), Director of Publicity Strategy & Research, Barr. Kunle Oyatomi has called on all party members and people of Origbo Community in Ife North Local Government area to turn out in force on Saturday April 5, 2014 to join Ogbeni Rauf Adesoji Aregbesola in the ‘Walk To Live’ exercise which the governor will perform from Isasa in Edunabon to Origbo Community Unity School in Ipetumodu.
The party also calls on the Royal fathers and community leaders in the community to lead the way in solidarity with governor and the people for the promotion of a healthy life, in this Ife North edition of the ‘Walk To Live’ exercise.
The Origbo community is noted for its total commitment to the party and government of Ogbeni Rauf Aregbesola even right from 2007 until he reclaimed his stolen mandate in 2010.That loyalty is unshaken till today.
The party wants this on display again on Saturday in appreciation for all the good work the APC government led by Ogbeni Rauf Aregbesola has done for the people of Osun.
BIOREPORT
188 Views
9 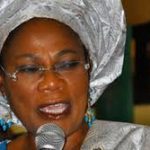