Following the outstanding performance of ministries, departments and agencies of government and discovery of new drive to increase internally generated revenue (IGR) in Osun State, the State House of Assembly has increased the 2014 budget estimate by N18billion.
The governor, Rauf Aregbesola had sent a budget estimate of N216 billion to the House for approval but following the recommendation of House Committee on Finance and Appropriation it has been increased to N234 billion. The House Committee on Finance and Appropriation had earlier recommended the increase during its deliberations on the budget and the House at its plenary okayed the increase.
Chairman, House Committee on Finance and Appropriation, Hon Kamil Oyedele, while presenting the report of his committee to the House explained the adjustments made on the drafts budget, adding that the changes effected were done after proper consultations with the Office of Budget and Economic Planning and the Ministry of Finance.
According to him, in the course of the budget defence by the ministries, the committee observed new drive to improve internally generated revenue and the resolve of Aregbesola’s administration to reduce over dependence on resources expected from the federation account.
He added that government intends to fund some of its developmental projects listed in the 2014 budget by using resources accruable to the state through Internal and External Funds and Credits.
LEADERSHIP 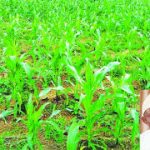 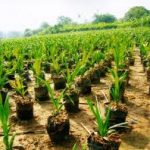