Gov. Rauf Aregbesola  of  Osun on Tuesday sent  a bill to the state House of Assembly seeking the establishment of  a Special Offences Court.
In a letter dated Dec. 1, 2013  which accompanied the bill to the Assembly, the governor explained that the court  would handle various environmental offences in the state.
The Speaker of the Assembly, Mr Najeem Salaam, read the letter at plenary in Osogbo.
“The State’s Executive Council at its meeting on December 1, 2013, considered and approved a bill for the establishment of  State of Osun Special Offences Court,” the letter stated.
A bill on business partnership in the state sent by the governor was also read by the speaker.
The bill, according to the letter,  was aimed at  promoting relationship between persons carrying out businesses with a view to making profit.
It  also stated that the bill would “improve purposes of the law of the state in relation to limited partnership and limited liability partnership.’’
Meanwhile, the 2014 Appropriation Bill of the state scaled through second reading at Tuesday’s plenary.
DAILY INDEPENDENT 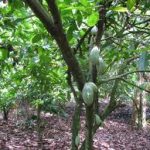 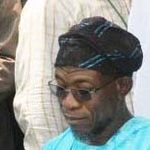