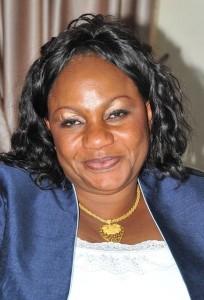 CASES of malaria infection have been reduced drastically to less than 200,000 in Osun State, contrary to the alarming 750,000 and 500,000 cases recorded in 2011 and 2012 respectively, through efforts of the  Rauf  Aregbesola’s environmental sanitation drive.
This fact was disclosed on Thursday in Ibadan, Oyo State capital, by the Commissioner for Environment and Sanitation, Professor Olubukola Oyawoye, while delivering a monthly guest lecture at the Correspondents’ Chapel of Oyo State Nigeria Union of Journalists (NUJ).
Oyawoye, who disclosed that flood posed a huge challenge for the government of Aregbesola at inception, wherein some kids, cows were drowned with other valuable materials destroyed, however asserted that “as a result of cleanliness advocacy of governor Aregbesola, flood became a thing of the past and cholera has disappeared, with war against indiscriminate dumping of waste sustaining our success story.”

Asking questions from journalists of the Ola Ajayi-led Correspondents’ Chapel, the don, who spoke on the title: “Clean and Sustainable Environment, Panacea for outbreak of epidemic: The State of Osun experience”, blamed the past administration for the huge dirts that dotted many parts of the state, culminating in the outbreak of cholera then.

Accompanied by Mr Oyelade Adebayo (Director, Regeneration and Utilization) and Mr Dapo Abolarin (Director of Forestry), the Commissioner noted that owing to the luke warm attitude of the past administration, there were incidences of “flooding which resulted in loss of lives; indiscriminate dumping of refuse along water courses and roads, resulting in dirty environment and consequently outbreak of epidemic; indiscriminate felling of trees within and outside forest reserves without replacement.”
To stem the tide, she said, “Governor Aregbesola declared a three-month emergency on sanitation. Though it inconvenienced people initially, the end result was encouraging.
“In a day, we removed 36 lorry loads of waste from a public dump site and we later dredged hundreds of waterways to avoid flooding and spread of epidemic diseases. Two hundred and forty(240) boreholes were sunk at the cost of $2.5m; public toilets were constructed across the state; we converted wastes to biogas, as well as planting ‘Igi-Iye’ to facilitate clean and healthy environment for our people to live in,” Oyawoye said.
On the incidence of malaria and its devastating effect on the people at the outset of Aregbesola’s administration, the international expert in Microbiology recalled that “In 2011, there was 750,000 reported cases of malaria in our hospitals; by 2012, it came down to 500,000, while in 2013, it was less than 250,000, thanks to the rate of cleanliness in the state,” she said.
While looking forward to victory for her boss in the forthcoming election, Oyawoye boasted that the administration had succeeded in “banishing poverty, banishing hunger, banishing unemployment, restoring healthy living, functional education, as well as communal peace and progress.”
TRIBUNE 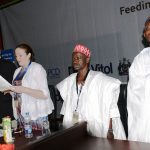