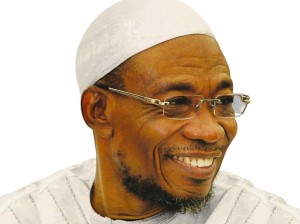 The transformations in the various sectors of the economy of Osun have been described as indices that have shored up the economy of the state in no small measure.
This was the observation of the Assistant Director, Central Bank of Nigeria, Osogbo Branch, Mr. Macduff Efetabore Okoro, who also said the current administration of Ogbeni Rauf Aregbesola is affecting lives in manners never witnessed before in the state.
The apex bank chief spoke at the commissioning of the South-West Zonal Office of the Chartered Institute of Bankers of Nigeria.
While proposing a toast to the State of Osun, Okoro said the state is currently reaping some enduring dividends of democracy in the past three and half years.
Highlighting the areas of development, the CBN boss identified quality and affordable education, youth empowerment, roads and other infrastructural developments as some of the areas massive impacts have been recorded.
He averred that adding to the changing terrain for doing business, there is a new impetus and momentum to breathe life into the economy which has been dormant before the advent of Aregbesola’s government.
“It is pleasing to note that, in the State of Osun today, there is the Osun Rural Enterprises and Agricultural Programme (O’REAP) which has engaged tens of thousands in food crop cultivation, fisheries, beef production and even cocoyam cultivation.
“Also there is the private partnership participation arrangement with TUNS FARM as the “Scheme Manager” to manage the state’ Broiler Production Scheme and about 200,000 birds are produced on monthly basis.
“In the area of Youth Empowerment, the State is excelling through Osun Youth Empowerment Scheme (O’YES) which has engaged over Twenty Thousand (20,000) Youths and won several commendations from institutions like the World Bank and O’YESTECH through which over five thousand (5,000) Youths had been successfully trained for self-empowerment,” he said.
According to him, with the various job schemes, there is hardly any home or family in state that has not felt the impact of government.
He added that the introduction of the Tablet of Knowledge (Opon Imo) into the education sector in the state has impacted positively on the standard of education, ranking the state among the best in the country.
He continued: “The education system had also been impacted upon such that the standard could be said to be among the best in the country.
“The major highlight in this area is the Opon Imo Technology Enhanced Learning System (O’TELS) initiative where computer tablets were distributed to senior secondary pupils in public schools in the state.  It is on record that Opon Imo has won numerous awards in Nigeria and abroad.
He identified other areas where the government has earned the praises of the citizenry as investment in road infrastructure where hundreds of kilometres of urban and rural roads had been repaired and some constructed and investment in security which has made the state of Osun to be reputed to be one of the safest states in Nigeria.
While speaking, Aregbesola said his administration has shown the path to be taken nationally if the problem of unemployment would be solved.
He noted that,‎ through the careful execution of his policy on banishment of unemployment, osun has engaged 40,000 youths in decent ventures through ‎the Osun Youth Empowerment Scheme (O’YES).
The governor also added that the state is working towards making a huge commercial success of his agricultural programmes, ranking high in the promotion of investment in agro-processing.
‎According to him, “Our initiatives in the education sector of the state drive empowerment and increase economic activities. The Osun Elementary School Feeding and Health Programme (O’MEALS) ensures that about 300,000 children are fed daily.
“The farm produce used to maintain this programme, which is sustained with N3 billion annually, are sourced from farmers in the state. About 3,000 women are employed and empowered to prepare and serve the food.
The governor said the CIBN and his administration have certain goals in common, listing the vision to diversify the economy and establishment of the state as a hub of enterprise, trade and commerce in South-West Nigeria as part of the goals.

“As for the Institute, it is positioning the state as a centre of professional banking education in the region”. The governor told the gathering.
He assured that his administration is committed to ensuring the security of life and property in the state, adding that in the last three and half years, it has improved the security condition in the state.
Aregbesola averred that it is not accidental that Osun today is one of the most peaceful states in Nigeria.
He said, “We will continue to consolidate this and see to it that, at all times, banks and other business areas in our state are formidably secure.
“Armed bandits and robbers who dare to test our steely security presence will never live to tell the tales of their misadventure”. The governor assured the audience.
Responding, the President/Chairman of Council of the CIBN, Dr. Segun Aina, described the opening of the zonal office as another landmark achievement in the history of the institute.
Aina expressed optimism that the opening of the office would trigger huge economic activities and commercial benefits in the state.
“I have no doubt in my mind that the opening of the CIBN South-West Zonal Office in Osogbo will bring enormous economic and social benefits to the people of Osun and surrounding states,” Aina said.
In his remarks on behalf of all traditional rulers present at the occasion, the Akinrun of Ikirun, Oba AbdulRauf Olayiwola Adedeji, said the establishment of the coordinating zonal office of the South-West in Osogbo is a great honour to the state.
Akinrun, who is also a patron of the institute said the idea of establishing the zonal office is to enhance professionalism in the practice of banking in Nigeria.
“It is a singular honour to us in the State of Osun that the activities of the institute and its branches in six states will be coordinated henceforth from here in Osogbo. This is a great honour done to us in the State of Osun,” the monarch said. 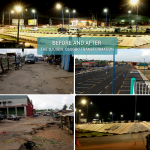 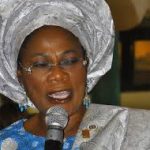