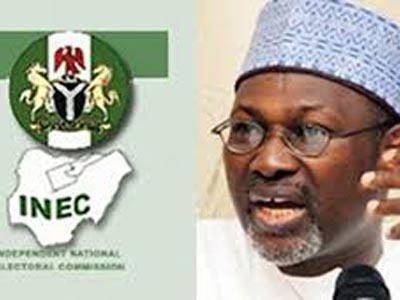 Addressing a press briefing in Lagos, CODER convener, Ayo Opadokun, frowned at INEC’s volte face on using card reader in Ekiti and Osun states after it has earlier promised to use same for the two elections, as a test run for the 2015 general elections, saying that the decision is ominous considering its implications.
He said that use of card reader is expected to make double/multiple voting and impersonation impossible, because “on the presentation of your voter card, your fingerprint will be tested with the card reader. It will either validate or invalidate your claim of being a genuine voter. This certainly is supposed to be a significant step forward towards achieving credible elections and ensure every vote counts as demanded by Nigerians and the international community inclusive.”
Saying that the nonusage of the card reader in Ekiti and Osun states means that there will be multiple voting and impersonation in several polling units, a scenario he said, will most certainly lead to confusion, accusations and possible violence in various polling centres given the expected effective monitoring and vigilance that contesting political parties would mount in order to defend their votes.
Maintaining that if the INEC fails to use card readers in the June and August elections, it means that the necessary trial runs of the card reader in the elections to test the genuine or the lack of it, the credibility or otherwise, of the machine has again been frustrated.
He said: “If the prospect for testing the card reader to establish the accuracy of the technology, the knowledge and expertise of INEC ad hoc staff, the human users, are postponed until 2015 general elections, it could be imagined that there is an ulterior reasons for such a negative policy. The size of Ekiti and Osun states is small compared to the entire country and those elections are golden opportunities for INEC and the general public to be acquainted with the use of the technology.”
Warning INEC not to allow what happened in 2010 with the Direct Data Capturing, DDC, machines procured for the 2011 elections repeat itself, Opadokun said, “In 2010, INEC requested for and was allocated over N80 billion for the entire process of purchase and production of credible bio-metric voters’ register. Unfortunately, the patriotic warning and appeal from both local and international public that the acquired DDC machines customised for Nigeria should be technically tested for seamless functionality was ignored, the ad hoc staffs of INEC, mostly National Youth Service Corps, NYSC, members were never trained in the usage of the machines and the consequence was failure.”
CODER therefore calls on Nigerians to mount credible campaigns on INEC to use the already purchased card readers to test run the Ekiti and Osun states polls respectively, adding: “This is important so that all stakeholders are equipped with the prior usage and experience of the card reader performance before the nationwide general elections.”
NATIONAL MIRROR 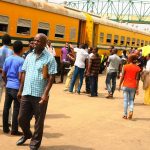