News
Home News OPINION: Being Alive In The State Of Osun
News

OPINION: Being Alive In The State Of Osun 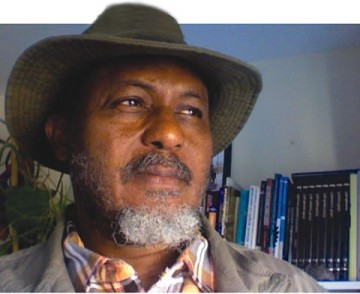 It certainly is an exciting time to be alive in the State of Osun. And I am not talking of it being an election year, with the state’s governorship election due in August. That is looking more and more like a no-contest election in the offing, going by the discernible mood of the people.
It is just simply difficult to keep pace with the transformation going on in the state under the maverick governor, Ogbeni Rauf Aregbesola; a governor with a vision to turn the state into a model state of agricultural bounty, infrastructural beauty and technological pre-eminence; and backing that vision up with a zeal and integrity even larger in measure.
It was only by chance (on a private visit) that I was in Osogbo, the state capital, last week Tuesday and opportune to witness the latest of the many innovations of Ogbeni being unveiled to the people of the state. Tagged “I AM ALIVE”, it is the Smart ID Card and biometric automation of all the employees of the state’s civil service, a forerunner of the total biometric identification system of the populace.
Typical of politicians, a fanfare was made out of the occasion. Rightly so though, for, as the ICT firm, Chams Plc, that partnered the state for the product claimed, it is the first of such in Nigeria! The state government contracted Chams to deploy and automate a payroll solution and human resource application for the state civil service, including (and in particular) all pensioners.
The end product that I saw upon its launch is amazing. It looks every inch like your regular ATM card but on it is every conceivable information necessary to identify and assist the bearer in an emergency, such as, blood group, date of birth, designation, local government, etc. And embedded within it, we are told, are sundry other details which the card reader would reveal about the bearer.
It doesn’t take much stretch of the imagination to appreciate the overall value and cost advantage of the Smart ID Card both in saved man-hours, personnel management efficiency, and probity. Wasn’t it but yesterday the country was awash with scandal upon scandal of billions of naira of pensions money embezzled, not to talk of the ordeal pensioners continually suffer in the process of getting paid their paltry dues monthly?
The Smart ID Card also doubles as an ATM, permitting holders to draw their salaries with ease and on time. Moreover, holders are allowed to overdraw their accounts by up to 20% of their salaries at a minimal interest rate; and powered by the Mastercard technology the card is usable locally and internationally.
According to the governor, “it was through ICT application to our tax administration and revenue collection that enabled us to increase our internally generated revenue (IGR) by 100% within the first few months of our administration. We have since intensified our effort to make ICT an inherent part of our public administrative system. Through this smart card system, the workers get their salaries paid directly to their accounts instead of through any intermediary points.”
Speaking further on the benefit of the system to pensioners, Ogbeni added, “By clearly identifying the living from the dead, this system stops the dead (ghosts) from coming to steal money from the living. It makes certain that only retirees who are ‘ALIVE’ receive payment. This affirms the sense in the project’s title, ‘I AM ALIVE’.”
We must not forget that it was only some months ago the State of Osun launched its novel “Opon-Imo” education/knowledge tablet for upper secondary school students, a “magical” device that automatically levels the playing (sorry, learning) field for all students, rich and poor, by making accessible to all electronic versions of the various textbooks needed in all subjects plus scores of past question papers and sundry other educational materials. Experts believe that with the opon-imo the state is likely to become by far the leading state in secondary school academic performance within the next couple of years.
Coupled with this is the elementary school pupils’ feeding provision that yields instant full enrolment and attendance of elementary school age children in the state and has become a case study for emulation by a number of other states. Not to mention the welfare package for the aged and the employment generation strategies in place that has reportedly earned the state one with the lowest unemployment figures (3%) in the country.
Everywhere you turn in the state you find some development or another going apace: stretches of roads; impressive buildings for elementary and secondary schools; an industry or another; airport with first-of-its-kind-in-Nigeria hanger for aircraft repairs; agricultural projects; and so on, and so forth. One cannot but wonder how Ogbeni, who I call ‘the guru’, does it.
And if you think this is undue praise-singing, then I challenge you to visit Osun on my bill and pay back if I’m right.
I did hint in the beginning that this is an election year, but that the people are probably too dazzled by the unprecedented development around them to be ambivalent, making the endorsement of Ogbeni for a second term almost a foregone conclusion. It is difficult, almost impossible, to find a match for Ogbeni at this point. And the disarray in the main opposition party could not be more fortuitous.
It is a wonderful time to be “ALIVE” in Osun! And I mean it.
PUNCH
206 Views
11 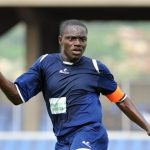 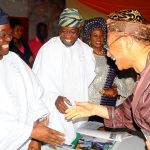