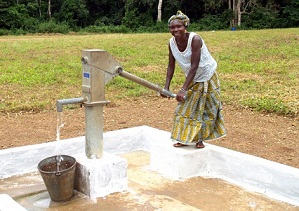 The Osun State Government said on Monday that it had awarded contract for the construction of 564 hand pump boreholes in its rural communities at a cost of N734 million.
Olaposi Adiatu, the Programme manager of the state’s Rural Water and Environmental Sanitation Agency (RUWESA), said in Osogbo on Monday that the project was a collaboration between the state government and the African Development Bank (AfDB).
He said that contractors who would handle the projects had signed an agreement to complete them in three months.
The RUWESA boss said the provision of the boreholes was part of state government’s efforts to make potable water available to people in the rural communities.
Adiatu said that the agency completed more than 139 hand pump and motorised borehole projects last year.
“We have awarded the contract for the construction of 564 boreholes in the rural communities and this is to be completed in the next three months. This 564 boreholes’ project is in addition to no less than 139 which were inaugurated by the state government in the rural communities in 2013. It was done by the state government in collaboration with the Africa Development Bank,”he said.
Adiatu said RUWESA was also constructing 52 modern latrines in 36 public schools in the rural areas, to enhance environmental sanitation there.
He said that the agency had also embarked on sensitisation programmes in the rural communities
“We have been sensitising the people at the rural communities on the need to have latrines where they can defecate rather than doing it in the open, to prevent the outbreak of cholera. Our agency is like an health institution but ours is preventive and that is why we are telling people at the rural communities to always keep their environment clean,” he said.
Adiatu added that the African Development Bank had committed N2 billion for water and sanitation projects, manpower development and provision of office equipment in the state.
CITYVOICE
203 Views
15 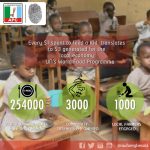 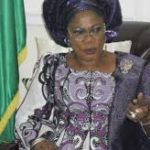