I write to commend Governor Rauf Aregbesola of Osun State for the astute manner he has handled the finances of the state. I read in the papers on Monday how the share of Osun from the Federation Account for the month of April 2014 has dwindled to N2.6 billion. It was the least collected by any state for that month. It used to be in excess of N4 billion in the past, until July last year when unchecked oil thefts brought a shortfall of 40 per cent to federally collectible revenues and the consequent spread of this misfortune to the 36 states.

Interestingly, the state has a wage bill of N3.6 billion, from the account I gleamed from the state’s Commissioner of Finance, Dr Wale Bolorunduro. This huge wage bill is a potential crisis gen­erator which has put many states at log­gerheads with their workers on account of non-payment of salaries and pensions, slashing of salaries by up to 50 per cent and threat of reduction of the workforce. Many states owe their workers up to four months salaries, while the Federal Gov­ernment owes workers in some agencies up to three months.

Aregbesola has been able to beat this menace first, by saving all the state’s ex­cess crude accruals for the raining day and secondly, raising the state’s internally generated revenue (IGR). The IGR he met was a paltry N300 million. When in 2011 he introduced electronic payment system for all government revenues, the figure doubled the next month to N600 million. Today, it has risen to N1.6 bil­lion with huge potentials to rise to N5 billion if well tapped. When this is done, he needs not rely on the unstable federal allocations anymore.

He has thus been able to build roads, new schools, create jobs and make gov­ernment more impactful on the people. He is also said to be frugal and has stopped the partyings and other money guzzling frivolities of the past which was the bane of the state’s development by past administrations. All the free load­ers of the past (including politicians and religious leaders) are now complaining that he no longer patronises them.

They alleged that he has been busy spreading the commonwealth to the people, in­stead of squandering it on the elite and a coterie of palace hangers on. Many of them have secretly waged war against him and are the ones accusing him of harbouring an Islamising agenda. With­out doubt, how he has been able turn the fortune of the state around is a testament of astute and visionary leadership com­mitted to development and welfare of the people.I hope his mandate will be renewed and he will win the coming governorship election in the state. 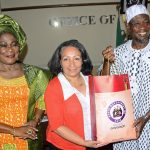