News
Home News OPINION: What Is Happening To Our Beloved State Of Osun? Let’s Rise Up…
News

OPINION: What Is Happening To Our Beloved State Of Osun? Let’s Rise Up… 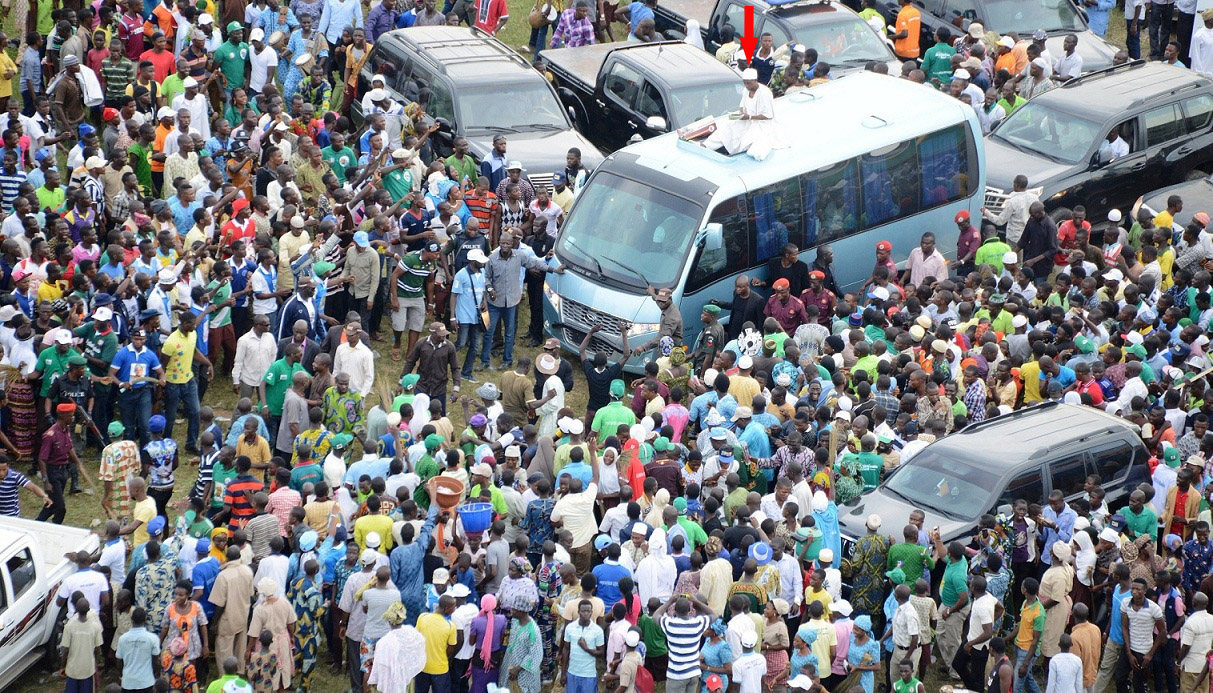 The state of Osun today has become a state of flourishing dreams because the masses of the people see Rauf Aregbesola as the rarest of the rare. They see him as a governor governing them with the wisdom of saints, as a leader leading them beyond the red sea. They are headed to the promised haven of advancement and justice. Rauf Aregbesola naturally comes to you as a sheikh, but truly Aregbesola is a man of style. He has this confidence that always tells you that this man knows where he is going.

Aregbesola belongs in the circle of great men of courage and endurance, men that make impacts and create possibilities. He carries on like a sportsman that has his eyes on the gold medal, he works like a businessman that has been given a target. He recognized that the mandate given him is sacred and he must deliver. Today, the state of Osun is one of the best run and economically managed in terms of human and economic resources development in Nigeria, as tourism, agriculture, education and human development capacity have been his major targets in moving the state forward.

Osun has never witnessed such a supersonic growth. The future and survival of Osun’s economy can never be fully realized without the eight years of Ogbeni Rauf Aregbesola’s administration. It is a process that has to be fully completed. The people of Osun no doubt have come to trust this indefatigable leader, entrusting the future of their children into his hands as the educational status of Osun has leaped forward tremendously ten years ahead of what any other government could have achieved.

In just four years of Aregbesola’s government, he fast-racked the rather slow economic development pace of Osun state putting it on the footpaths of great developed regions. Ogbeni has given Osun state a soft landing into the orbit of great states in Nigeria. Like an artist, he has advanced the state of Osun with the upward stroke of his painting brush. He has fought and won many battles to shame mercenaries and saboteurs who called themselves politicians in the state.

Their war threats and agenda seem not able to stop him and undeterred, he pursues his glorious agenda of developing Osun to enviable heights. These funny politicians’ poisonous lies emanating from their poisonous gas chamber called party headquarters were never enough to stop him. He set the people of the State of Osun free, breaking the yoke of slavery the people have been subjected to in the past.

Before the arrival of Aregbesola, the nights have been so long for the State of Osun and it was like dredging out the heart of the Atlantic ocean into a waiting vessel already sinking on the high seas. The feet of good development for too long dragged like a crawling kwashiorkor baby. Today, the endurance of the people of Osun have paid off after long nights of rituals and sacrifices of innocent blood and sweat when these mercenaries and saboteurs became blind and drunk with rum and spirit consumption becoming totally incapacitated to run the state according to the will and wishes of the people.

The truth must be told, reality is what Nigerians need, not empty promises, we need to vote in the right people this time around again, because Aregbesola has brought governance closer to the ordinary people. He has no doubt, surpassed previous regimes in the area of infrastructure development as he works tirelessly for his people because their heartbeats mean a lot to him. His words can be trusted, he is approachable and reasonable. He’s dogged and came on board only to implement unprecedented transformational agendas like O’Tour, O’Yes, O’Meals, Opon imo etc. Osun has now become a state of peace with dividends of democracy flowing into her coffers.

Another joker of Ogbeni is the undiluted spirit of Omoluabi, cherished traditions and lifestyle, fresh and newly injected back into the system and day-to-day life of the people as blocked steel tubes and rustic water injectors in the arts of governance and public administration are witnessing a total overhaul and re-engineering, creating a new and widely accepted concept of Ipinle Omoluabi, kick-starting a new dawn of fresh ideas that rule a modern and civilized society in the State of Osun today.

As tourism and cultural experts, tourism has become serious business in the state, as this sector is fast becoming a major revenue earner for the state. The tourism sector under the watchful eyes of Ogbeni has been boosted with the private sector greatly motivated, resulting in great changes in the hospitality and entertainment industry of the State of Osun. For instance, new hotels are springing up with the existing ones expanding, thereby creating job opportunities for youths who are tour guides and promoters of the arts. Ogbeni knew that any state that neglects tourism would not attract global attention. Hence, the choice of the State of Osun as the venue of so many national and international events in recent times.

With these great strides of Ogbeni, the State of Osun will soon become an attraction to great international investors. Haba, the State of Osun has never had it so good and detractors in the state need nobody to tell them that it is a new dawn in the state. Even the blind could see the paragon of beauty the State of Osun has become lately. To cut the long story short, “Half a word is enough for the wise”. The elders of our land would say, the continuity of this administration is what the people of Osun are clamoring for. Victoria Asata.