Ejigbo Structure Collapse Is Not Ordinary—Speaker 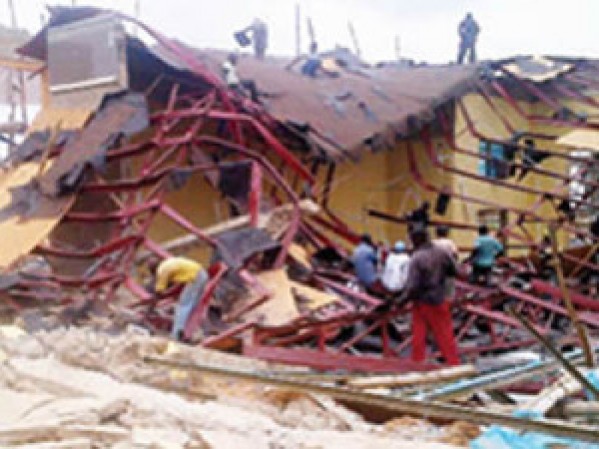 Speaker, Osun House of Assembly, Rt. Hon. Najeem Salaam has decried the outrageous insinuation that greeted the collapse of a school hall within the premises of the state of art facility of Ejigbo High school, saying that the statement  credited to some political players that substandard materials was prejudicial and an act of sabotage.

In a statement issued by his media office, Speaker Salaam who hails from Ejigbo, the host community of the school, noted that while an investigation team was yet to get to the spot where a loud bang was reportedly heard by the people in site before the collapse of a detached auditorium, some political actors who appeared to be happy with the rubbles of the edifice went on air to pass judgment on the material composition of the building.

Speaker Salaam then challenged those who insinuated on substandard building materials as the cause of collapse of the structure to present their empirical evidence or stop their ill-motivated  politicking on the matter until the result of investigation is out, Saying that he personally monitored the work-in-progress and there was nothing suggesting that something was fishy and for a new building to be uprooted from the foundation, more information need to be processed. So, prejudice is needless.

Besides, Speaker Salaam has condemned the hate and threat speech of the governorship candidate of the Peoples Democratic Party (PDP), Mr. Iyiola Omisore against a lawmaker representing Atakunmosa East and West, Hon. Babatunde Festus Komolafe at Ifewara few days ago, warning that the parliament has it on tape where he threatened to deal with the lawmaker using soldiers.

He said: “when we listened to Omisore governorship campaign at Ifewara, it is disappointing that he was busy threatening to sack Hon. Komolafe’s home and that he would unleash soldiers on him for daring to mobilize his constituents for the reelection of Gov. Rauf Aregbesola.”

The Speaker then stressed that he would forward the tape of the threat against the lawmaker to the security agencies for the safety of the legislator.

Chief Press Secretary to the Speaker