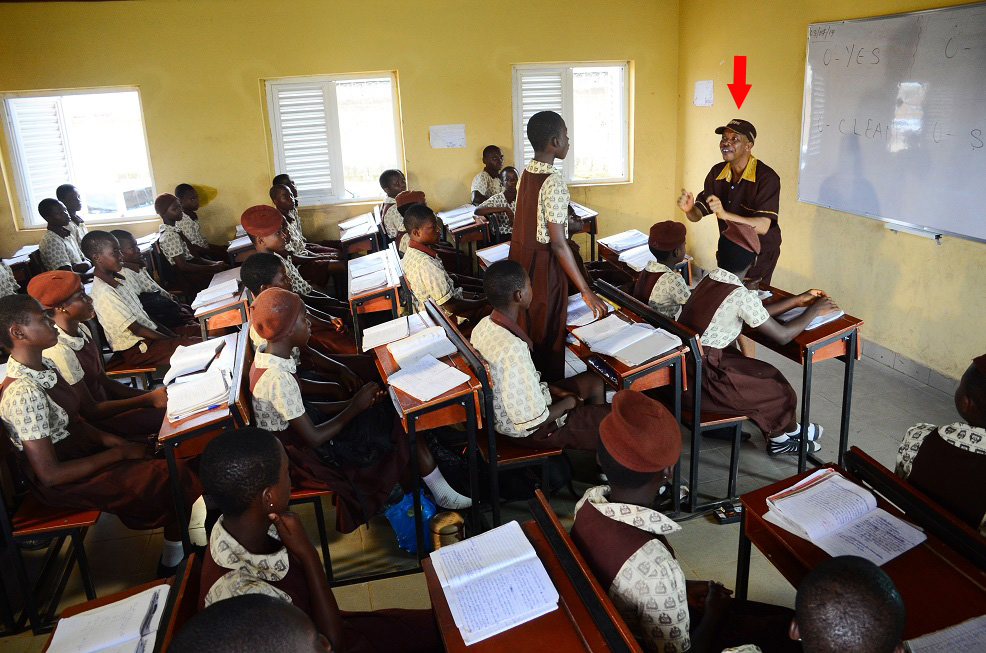 Nollywood Comic Actor, Mr Hafiz Oyetoro, also known as Saka, has joined the multitude of actors, musicians and celebrities who are lending their support and brand image to the Governor of Osun State, Rauf Aregbesola’s Re-election Campaign bid. The well-loved actor was spotted today at the Salvation Army Middle School at Alekuwodo, Osogbo, dressed as one of the students. He even spent some time in class, making the students laugh and motivating them to succeed.

Only yesterday, the governor was awarded “The Most Innovative Governor” Supporting Education in Nigeria. This was conferred on him in Osogbo by Zuriel Oduwole, the eleven year-old Nigerian girl who has made history as the youngest person ever to be interviewed in Forbes and was quoted as one of the 100 most influential Africans. 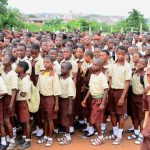