The authorities of the Obafemi Awolowo University, Ile-Ife, have congratulated Ogbeni Rauf Aregbesola on his re-election as the Executive Governor of Osun State for the next four years.

A release by the Public Relations Officer , Mr. Abiodun Olarewaju, stated that the University eulogised the sterling qualities of Ogbeni Aregbesola and urged him to continue to give more dividends of democracy to the entire people of Osun State.

According to the University’s spokesman, a congratulatory letter written by the the Registrar, Mr. Dotun Awoyemi, on behalf of the Council, Vice- Chancellor, Professor Bamitale Omole, Senate, Staff and Students of the University, attributed the victory of the Governor to the acceptability of the humane policies of his administration which have positively impacted on the entire citizenry of Osun State.

He called on Ogbeni Aregbesola to see his re-election as a national call to duty, using his God-given talents to further elevate people’s standard of living and serve humanity in general. He added that Obafemi Awolowo University is pleased to be associated with the Governor and is proud of the successes his administration has recorded since his assumption of office.

The Registrar, then, enjoined Governor Aregbesola to sustain, on a greater scale, the long history of collaboration between his administration and Obafemi Awolowo University. He, therefore, pray that the Almighty God will continue to endow the Governor with more wisdom and sound health to enable him to be relevant to Osun State , Nigeria, Africa and the world at large. 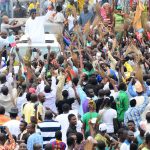 'Victory Is For The People Of Osun' - BayewuAugust 15, 2014
PHOTO NEWS: Osun Conference Of Obas Congratulates AregbesolaAugust 15, 2014 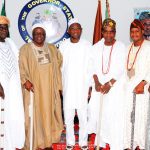