The Osun State Government has inaugurated five committees to educate the public on how to tackle the Ebola Virus Disease (EVD).
Health Commissioner, Dr. Temitope Ilori, spoke yesterday in Osogbo, the state capital, at the inauguration of the committees. She said the government would also deliberate on how to prevent the disease from entering the state.
According to her, the five committees are on Medical, Information and Environment, Forestry, Education and Women Advocacy.
She said each committee would sensitise the public to ensure quality and preventive control of the Ebola virus.
Environment and Sanitation Commissioner, Prof. Olubukola Oyawoye, and her Lands, Physical Planning Urban Development counterpart, Mr Muyiwa Ige, haile the Rauf Aregbesola administration for its proactive measures against the dreaded virus, though it had not been reported in the state.
They said the committees would serve as the watchdogs on the symptoms of the virus infection, such as general body weakness, and public enlightenment through the Ministry of Information and Strategy and the media.
The committee members were drawn from the ministries of Information and Strategy, Agriculture and Food Security, Environment, Women and Children Affairs and    Tourism and Home Affairs.
Other members are drawn from non-government organisations (NGOs), such as the International Rotary Club and the Red Cross.
THE NATION 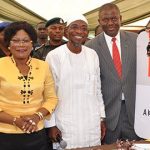 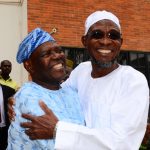