News
Home News Why Osun Poll Will Not Be Like Ekiti – Salaam, Osun Speaker
News

Why Osun Poll Will Not Be Like Ekiti – Salaam, Osun Speaker 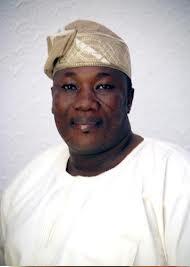 Mr Najeem Salaam is the  Speaker of the House State House of Assembly. In this interview, Salaam maintains that the outcome of the Ekiti State governorship election will not have any impact in Osun State. The Speaker also chided the Federal Government for allegedly stifling  the state by deducting it’s allocation. Excerpts:

How do you respond to President Goodluck Jonathan’s remarks that his party, the PDP, will reclaim Osun State?

Well, people are entitled to their opinions. As a politician and as president who belongs to a political party, he is entitled to his own opinion. He can say whatever he wants whichever way he wants to say it. But that is not the reality on ground in Osun state.

President Jonathan has a right to speak on. Behalf of his party, but he should be mindful and careful of what his utterances in order not to cause chaos.

What effect do you think the Ekiti poll will have on Osun governorship election?

It does not have any serious impact in Osun State as far as we are concerned but it boosted the ego of the PDP. The PDP knows that Osun is unlike Ekiti State. What the governor has done so far will give our party victory on August 9. We know and the PDP knows that Ekiti and Osun states differ and the outcome will be in our favour.

Are you not worried over the growing level of attacks at the campaign rallies?

I am worried because of the violence that the PDP has introduced to the campaign rallies. I am also worried when the candidate of a political party is being guarded by masked persons. That is not democracy.

Look at the number of troops deployed to Ekiti State and from what we are hearing, they want to double the troops to be deployed to Osun state.

Are you kicking against the use of troops deployment for the August 9 elections?

Yes. We do not need it. What we are saying is that we have soldiers at Ede, they can make use of those rather than importing troops and security personnel into the state. If troops are imported, no one will detect real or fake soldiers.

In the constitution of our country, the only person who can declare curfew in a state is the governor unless there is a serious crisis. We are not at war, we are only preparing for elections. Why should they say people should not move from Friday, August 8 till Saturday night. Movement should not be restricted, they should not unnecessarily heat up the polity in Osun state.

But there have been insinuations that some members of your party have been using the State Boys to cause mayhem?

I have not seen where the State Boys were used to cause mayhem in the state.

But some members of the State Boys were arrested after a rally at Ilesha?

Those that were arrested were coming from a rally, they were not involved in any vice, they were stopped and picked up by the security agencies. Let me tell you that the plan of the PDP is to implicate some APC leaders in order to get them arrested.

Your party has raised an alarm over a plan to assassinate the governor.

In every rumour, there is an element of truth. Not only the governor, most of us have been listed.

Have you made any formal report to the Police?

The government has been accused of not doing any new basic infrastructure?

People that are blind cannot see what we are doing. If one is blind, he or she will not see the development going on in Osun State. There is no local government in this state that does not have a tarred road inspite of the meagre resources we have.

Not minding the dwindling allocation to the state, we are moving on. We have managed to pay salaries and execute developmental projects. The federal government does not give us money because they do not want us to perform, all in the name of politics.

That is against the principle of true federalism. We have been denied funds to uplift our people. Some people are jittery because Aregbesola is performing. 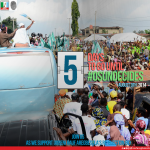 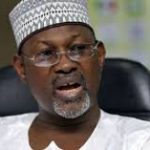