News
Home News Who Are The Real Winners And Losers From #OsunDecides? – Ynaija
News

Who Are The Real Winners And Losers From #OsunDecides? – Ynaija 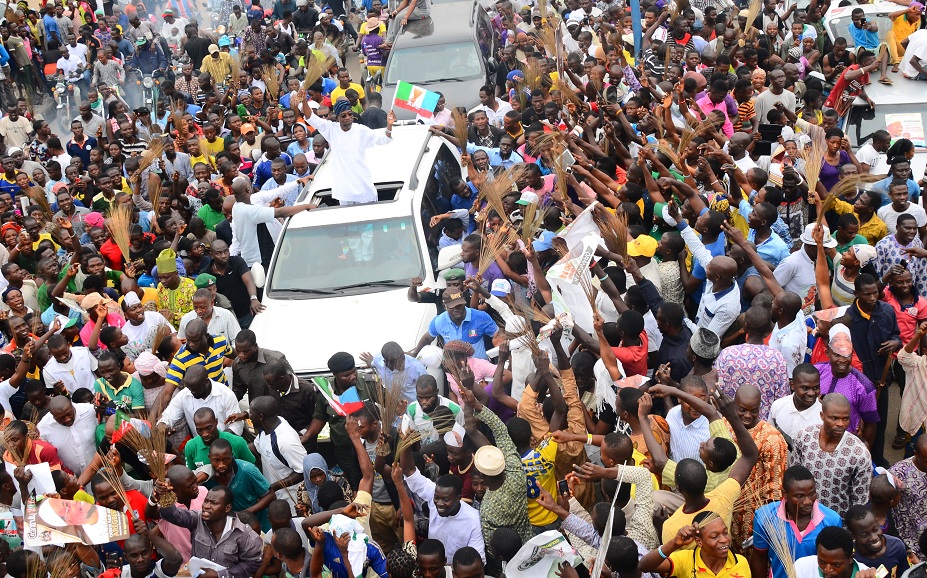 The elections that have gripped the nation’s imagination just ended yesterday – with Osun voters choosing to return their governor, Rauf Aregbesola over the corn-eating Senator, Iyiola Omisore.

So we know who won the election and who lost it, but who really won from the events of yesterday?

Rumours of the party’s demise were greatly exaggerated. After Ekiti, the narrative spread – with good reason – that Nigeria’s only real opposition party in a decade had imploded, done in by its confusion, its arrogance and its lack of connection with the larger populace. Apparently, it was just a question of numbers. The All Progressives Congress went into Osun with all it had and it got a crucial lifeline. It’s game on, again.

The story of the ApC is the story of its center of power, and for that all roads lead to the Kingdom of Bola Ahmed Tinubu, the lion who resides at Bourdillon, Ikoyi, Lagos. Losing Ekiti was a perception disaster for him, just as he was consolidating a repitatioon as the country’s alternative leader. He had to deploy an Opeds machine across media to combat the odour of loss around him. Aregbesola is also his right hand man, in more ways than one. With this results, expect the strut to return.

For the first time in as long as any member of this generation can remember, we are all in awe of an electoral commission. Professor Attahiru Jega, who heads the Independent National Electoral Commission, has recovered from egregious errors in previous elections to restore faith through the conduct in Ekiti and now in Osun. It is now official: this man will do right by us. His heart has always been in the right place, but now his hands are firmly on the till.

Of course 2015 will be the real test, but as it stands, the president, Goodluck Jonathan has made a very good case for himself in ensuring free and fair elections, which is one of the first promises he made when he got into power. The toga of desperation that other presidents (we’re looking at you, OBJ) have carried won’t fit with this man. When the story of our democratic evolution is told, the man who let the Labour Party, the All Progressives Grand Alliance and the APC thrive will have pride of place.

This week, wherever you turned there were pollsters talking about the Osun elections. There was TNS-RMS, there was the BD Consultants, there was this one and then there was that one. They all predicted victory for Rauf Aregbesola. And they were right. All suspicion is gone, data is good, and Nigerians elections are the better for it.

We know we said losers apart from the two candidates, but Iyiola Omisore loss goes far below the loss of this election – it’s the loss of standing and of a national profile following this. First, unlike his competitor, he has no existing political job. Second, he has so much baggage leading from the Bola Ige death that his election here would have done well to wipe away. Third, following Ayo Fayose’s victory, his is in fact a humiliation. The only way from here is not up for him.

Femi Fani-Kayode
We’re not sure if this wasn’t his plan in the first place – to somehow find his name mentioned when the story of the Osun elections is told. That is the certainly the only explanation that makes sense as to why the man half of the country already sees as unstable would wait until it had become abundantly clear that the APC was winning the election… and then declare that the PDP was. By the time this man is through with his own reputation, not even his gate man will take him seriously.

We hope Oyinlola knows that not even his new friends in the APC trust him? We don’t have any exclusives in that regard, but it would appear madness for them to trust a man who has moved from the PDP to the nPDP, then to the APC, always in the nick of time. Not only is it nationally confirmed that loyalty is not his strength, but it appears the former Osun governor is also of no electoral value. He lost in his Okuku Ward polling youth – and badly too. The PDP got 125 votes. His party got 61.

The other half of the losing team also makes it to this list. Adejare Bello, who was running mate to Omisore didn’t just also lose the election; he also lost in his polling unit in Ede. The APC got 130 votes, and the politician? Just 30! With Omisore’s loss, a strong showing by his ostensible deputy would have bolstered the latter’s reputation as an independent political force. But right now, he’s just a postscript moving forward.

The former National Chairman of the All Progressives Congress is a former governor in Osun. His party also just won the elections to the seat he once held. So he certainly must have a played a huge part in that process, yes? Not if you ask his neighbours. He lost, though only by four votes. Much better than those before him here, but sir, the title they gave you is National Chairman. You can do better. 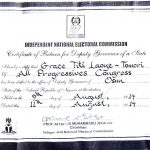