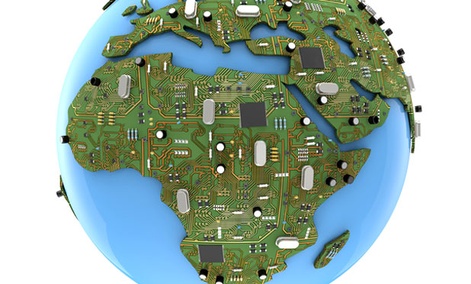 The Speaker of the House of Representatives, Aminu Tambuwal, the Executive Vice Chairman of the Nigerian Communications Commission (NCC), Dr. Eugene Juwah and several state governors, will lead other government functionaries and technology stakeholders to this year’s Africa Digital Forum (ADF) and Africa Digital Awards (ADA). The events are slated to hold in Lagos on December 14 this year.
ADA, which is focused on developing the entire Africa through technology exhibitions, conferences and awards, believes strongly that with increased broadband penetration in the country, Nigeria stands to become the ICT hub of Africa in no distance future.
It is therefore using this year’s forum to involve the federal and state governments to initiate targeted actions that will improve the accessibility, availability and affordability of high speed broadband for the populace, both in the rural and urban Nigeria.
With the theme, ‘Broadband : Oxygen for a Digital Economy’, the event seeks to showcase the most celebrated ICT industry players and investors, decision makers in federal government parastatals, state and local governments.
ICT Watch Network, organisers of ADF and ADA has named the Executive Governor of Rivers State, Rotimi Amaechi, as Chairman, while the special guest of honour is Tambuwal.
The agenda setters for the forum include Juwah of NCC, the Director-General, National Information Technology Development Agency (NITDA), Mr. Peter Jack, the Director-General, National Broadcasting Commission (NBC), Mr. Emeka Mba.
The keynote speakers includes Executive Governor of the State of Osun, Ogbeni Rauf Aregbesola, Group Managing Director, Computer Warehouse Group (CWG), Mr. Austin Okere, a Managing Director, Airtel Nigeria, Mr. Segun Ogunsanya, among others.
Although the forum is being organised under the auspices of the Federal Ministry of Communications Technology, with Lagos State Governor, Babatunde Raji Fashola as the host, its chief host is the former Executive Vice Chairman of NCC, Dr. Ernest Ndukwe.
The event consists of the Africa Digital Forum, where issues in the industry will be critically examined and solutions proffered, while the Africa Digital Awards would celebrate outstanding individuals that have contributed immensely to the growth of ICT to innovate and execute different ideas.
Chairman of ICT Watch Network, organisers of the forum, Mr. Tayo Adewusi, said the forum would be streamed live on and ICT Watch Network television, which is watched on MITV, TVC, NTA, Focus Television on Cable and YouTube Channel.
According to Adewusi, several industry leaders and most state executives have confirmed their interests to attend this year’s conference and awards.
THISDAY 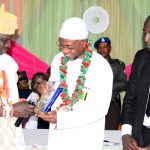 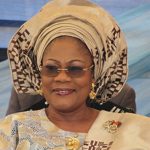