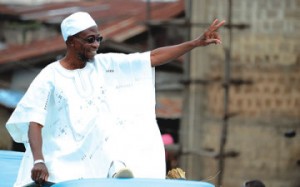 The leadership of the nation’s judiciary has hearkened to the demand of the All Progressives Congress (APC) to dissolve Osun State Governorship Election Petition Tribunal, Nigerian Tribune has learnt.
A new three-member panel has also been appointed.
The new members are Justice E.N. Ikpejime from Benue State, who is the chairman; Justice V.I Ofesi from Delta State and Justice Kutigi from the Federal Capital Territory (FCT), Abuja.

Former chairman of the dissolved panel, Justice I.M. Bako, had earlier been withdrawn from the panel.

APC, in a statement by its spokesperson, Lai Mohammed, kicked against his withdrawal and called for the dissolution of the panel.
Bako’s withdrawal was said to have been predicated on initial complaints by APC in the state.
Mohammed said the party was not satisfied with the removal of Bako alone on August 27.
Other members of the dissolved panel were Justices A.M. Awwalu and Benson Ogbu.
Governorship candidate of the Peoples Democratic Party (PDP) in the election, Senator Iyiola Omisore, is contesting the votes of Governor Rauf Aregbesola in some local governments and seeking the cancellation of the alleged dubious figures.
He wants the tribunal to declare him the governor-elect using the lawful votes.
He contends that his lawful votes were more than Aregbesola’s.
The incumbent is, however, asking that his victory at the poll should be upheld.
However, Aregbesola demands a re-run of the governorship election if the tribunal holds that his lawful votes did not fulfill the constitutional requirements for him to be declared the winner of the August 9 election.
TRIBUNE 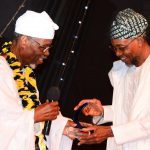 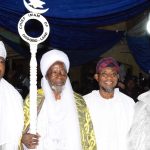