How PDP Lied Against Court Of Appeal – Osun Attorney General 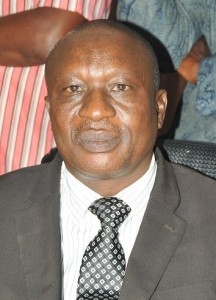 The government of Osun has on Tuesday condemned in very strong terms what it called the habitual proclivity of the opposition Peoples Democratic Party to mislead members of the public.

In its official position over claims by the PDP that the Court of Appeal in Akure last Friday sacked all federal state constituencies lawmakers from the state who were elected in 2011, the state government, through its Attorney General and Commissioner for Justice, Barrister Wale Afolabi, said the recent brouhaha sponsored by the Peoples Democratic Party in its deliberate misrepresentation of facts and  distortion of the decision of the Court of Appeal on suit concerning Independent National Electoral Commission & Mr. Rufus Oluwatoyin Akeju v. Peoples Democratic Party – Appeal No. CA/AK/46/2011 called for sober reflection.

Saying that his office had obtained a certified true copy of the judgment of the Akure court, the Attorney General argued that though the freedom of expression permits opinions over decisions of courts, the right does not give room for deliberate manipulation of facts.

The Attorney General stated, “We have obtained a certified true copy of the ruling of the Court of Appeal delivered on Friday the 10th day October, 2014, carefully read and digested the 3-page ruling and are appalled to note that no sentence or paragraph of the said ruling decided any issue pertaining to the 2011 election of any member of the House of Assembly or National Assembly.

“In no part of the ruling did the Court of Appeal nullify any election but rather held that the Notice of Appeal filed by INEC was incompetent and thereby struck out the said Notice of Appeal. One then wonders how on earth the Peoples Democratic Party got the wild imagination by which it sought to seize power through reckless subterfuge by lying that the Court of Appeal had nullified the election of the APC honourable members in the Osun State House of Assembly and the National Assembly.”

The Commissioner said PDP is noted for such manipulations saying that “There is no way any court can nullify an election based on mere application to strike out a Notice of Appeal challenging an interlocutory injunction while the substantive suit is still pending at the Federal High Court.

“The Osogbo Federal High Court, in 2011, granted the PDP an interlocutory injunction restraining Ambassador Akeju from supervising the conduct of the 2011 elections. The same Court refused the prayer that INEC be restrained from conducting the said election. However INEC immediately appealed and obtained a stay of execution of that ruling pending the determination of its appeal.

Quoting section 139 (2) of the Electoral Act 2010 (as amended) which states that “[A]n election shall not be liable to be questioned by reason of a defect in the title, or want of title of the person conducting the election or acting in the office provided such a person has the right or authority of the Commission to conduct the election,” he Attorney General said the PDP has embarked on what it called a “wild goose chase.”

He said even if the Court of Appeal had agreed that the Federal High Court was right in restraining Ambassador Akeju from conducting the 2011 Legislative Houses elections, that cannot invalidate or nullify the elections in so far as the person who conducted the said election had the right or authority of INEC to so conduct it.

He explained further, “The law is that no election shall be questioned simply because of the defect in or want of title of the person who conducted the election or acted in the office in so far as the person has the authority of INEC to conduct the election. The unfortunate agitation and labour of PDP cannot produce anything capable of harming the APC but can only end up in a stillbirth.”

The Attorney General also reminded members of the public within and outside Osun to be wary of PDP’s capacity for distortions saying just as he advised the media to also seek details and verify facts before their publication lest they fall victims of what he called PDP’s unrivalled capacity for fraudulent claims”. 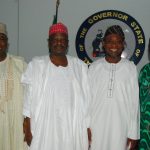 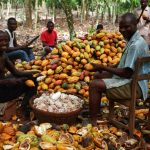