Defense counsel devoted yesterday to vetting, sorting and verification of Certified True Copies of documents tendered before the Osun Election Petition Tribunal by the Peoples Democratic Party (PDP) candidate in the August 9 governorship election, Senator Iyiola Omisore.
The legal team of the respondent, Governor Rauf Aregbesola of the All Progressives Congress (APC), who won the election, clinically went through all the documents presented by the petitioner, who was challenging results in 17 local governments.
Kemi Pinheiro was later joined by Prof. Yemi Osinbajo and later Femi Falana on the side of the respondent. Alex Izinyon led Titus Ashaolu, and Nathaniel Oke for Omisore.
Akin Olujinmi and Oluwarotimi Akeredolu later arrived to join Aregbesola’s legal team.
The exercise, which was typified by lighter moments and exchange of banters between petitioners and respondents lawyers, moved rapidly to Ola-Oluwa Local Government.
Security was tight as only lawyers and reporters were allowed to come to the tribunal; politicians were kept at bay.
It was learnt that this followed a directive by the tribunal through the registrars.
Anti-bomb and metal detectors were deployed at the venue by a special police unit; cars were screened while lawyers were made to go through metal detector screening.
THE NATION 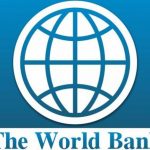