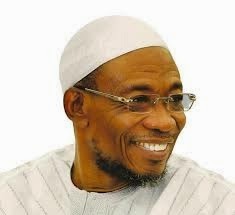 Osun State governor Rauf Aregbesola has   assured residents of the state and stakeholders, that he will soon constitute members of his cabinet, just as he faulted the reduction in the allocation of the state by the Federal Government.
Aregbesola has refused to constitute members of his cabinet since he was sworn   in for   a second term in office. He, however, assured people in the state that new cabinet would soon be inaugurated to work with his administration.
He said this at   the presentation of ‘End of Tenure Award of Excellence’ to his immediate past special adviser on environment and sanitation, Mr. Bola Ilori. Aregbesola explained that it was impossible for him to run the government alone, “expect new cabinet members who will work with me in running the affairs of the state in this present administration will be inaugurated in the course of the term.
Dwindling allocation from the federal level and incessant falling of oil prices are really affecting a lot of things.” He vowed to appoint cabinet members that would aid the development of the state. It would be recalled that the state government   had alleged that it’s allocation from the federation account was reduced by about 40 per cent.
Aregbesola however, described Ilori as a hard-working and reliable politician, whose efforts and activities during his stay in office help to move the state forward. Ilori while commenting said that ensuring a serene environment was a continuous task.
He commended the environmentalists who organised the award programmes, saying it was recognition of his selfless service.
NEWSWATCH 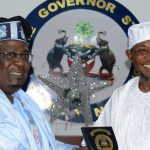 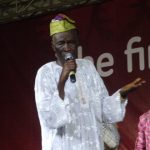