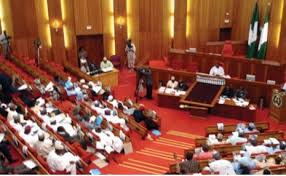 Osun State House of Assembly yesterday passed the 2015 appropriation bill of twenty billion naira into law at its plenary following a motion moved by the chairman, House Committee on Finance and Appropriation, Honourable Kamil Oyedele.
Earlier, the House had asked it’s committee on supply to make necessary amendments to the bill in connection with the report of the committee over the review and adjustment of the estimate.
The budget estimate of N197,082,191,560, christened, “Budget of Renewed Hope,” was presented to the House on December 23, 2014 by the state governor, Ogbeni Rauf Aregbesola.
In the course of the review of the budget estimate, the assembly adjusted it upward to N201,740,360,700 to cater for the omission of the salaries of middle school teachers to the tune of N4,428,591,350.
The recurrent expenditure in the new budget is N90,614,061,690 while the capital expenditure stands at N111,126,299,010.
The passed budget is expected to be forwarded to the governor for his assent.
Speaking on the upward adjustment of the budget, Oyedele said the increase was necessary because when the estimate was being drafted by the state’s Universal Basic Education (SUBEB), the salaries of the middle school teachers were omitted.
He said it was in the process of scrutinising the estimate that the discovery was made, saying the effectiveness and vigilance of the House led to the discovery.
The speaker, Honourable Najeem Salaam, charged ministries and agencies of government to ensure effective implementation of the budget for the benefit of the people of the state.
He said the House deliberately sped up action on the budget due to its commitment to the development of the state, saying the it will not treat with kid glove, whoever treats the budget with levity.
Commending members for their commitment in handling issues relating to the development of the state, he charged them not to relent. 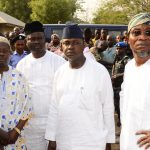 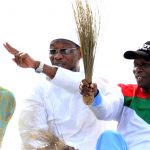