All Progressives Congress, APC, in Osun State has described the Peoples Democratic Party, PDP’s recent tactics to elongate the transition programme as the greatest threat

to democracy in the country.
The APC, in a statement in Osogbo, recently, by its Director of Publicity, Research and Strategy, Mr Kunle Oyatomi, noted that the PDP, “unless it pulls back from its desperation to stay in power at all costs, it may very well self-destruct and in the process, terminate the current democratic dispensation in Nigeria.”
The statement read in part : “In a clinical assessment of the actions of the PDP in the last four weeks, which has led to the postponement of the February 14 presidential polls, and in the run up to the new date of March 28, the PDP is again flying two dangerously destructive kites.”
The APC claimed that it had come to the conclusion that the PDP has become the greatest threat to the survival of the current democratic dispensation in Nigeria.
According to the APC: “The foremost leadership of the PDP and its strategic operatives appeared to have lost all sense of caution, responsibility and concern for the survival of democracy in Nigeria and would do any and everything abominable to retain power. The PDP is not even bothered that already what it has caused the country, in terms of economic and political instability as a result of its abortion of the February 14 presidential election has patently overheated the polity.”
– See more at: http://www.vanguardngr.com/2015/02/pdp-greatest-threat-democracy-says-osun-apc/#sthash.m8cfcTZL.dpuf 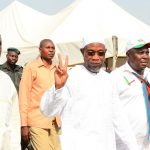 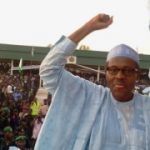