with an adage I first heard from the generalissimo himself, Aare Ona Kakanfo Moshood Kashimawo Olawale Abiola: “The bigger the head, the bigger the headache”. On July 7, 2015 it would be 17 years since the great businessman and martyr of our democracy departed this turbulent world but I’ve never forgotten the wisdom buried in those words which rushed to my mind as I sat to craft this piece.`
Writing of 7/7, I remember the victims of that horrific tragedy which occurred on that day, 10 years ago, in 2005 when four bombs went off in Central London leading to murder and mayhem. Two

out of the 52 people that lost their lives were Nigerian, 55 year old Ojara Ikeagwu and 26 year old Anthony Fatayi-Williams. I pray for the sweet repose of those innocent souls and my dearest mentor, MKO. Incidentally these three outstanding symbols of the hope of our nation have never been properly honouredHERE

in Nigera. We should take a leaf from how the British honoured our son and daughter back in 2005 and even until today and how they gave military treatment and nationwide minute silence to 30 of their citizens massacred on a Tunisian beach. When we learn to imbibe such values and give honour where it is due, our country will surely become

a better place.
Back to my main topic of today, you may be wondering why Governor Rauf Aregbesola’s headache is my business. My dear father, Jacob Momodu, migrated from his village of Ihievbe, Owan East Local Government of Edo State, long before I was born. How he settled in the ancient town of Ile-Ife will forever remain a mystery as he died (in 1973) at the beginning of my teenage years, before I could ask questions about his adventurous spirit. My dad met a beautiful woman called Gladys, from Gbongan Olufi in the State of Osun, and swept her off her feet. I’m the only product of their whirlwind romance.
By now I’m sure you can begin to feel mySTRONG

link to the State of Osun. I was born in Ile-Ife and had all my education up to post-graduate studies in that great cradle of civilisation and learning. My other siblings, from my parents’ prior marriages still live in Ile-Ife till this day, except our eldest brother. You can thus visualise my emotional attachment to the land of my birth.
IRECEIVED

what seemed an angry call a few weeks ago from my older sister who resides in Modakeke. I asked what the matter was because it is very unusual for her to sound irritated. “Help me beg your

friend Aregbesola to pay our salaries because he has not paid us for several months,” she thundered. I pleaded with her to cool temper while I tried to explain the little I understood about the debacle. My sister was obviously not in the mood for any rigmarole or semantics but I tried my best to pacify her.
Weeks after that encounter, it seems the situation hasBECOME

even worse in Osun with politicians making capital

gains of it. There is the inherent potential for blackmail and I’ve taken time to examine some of their claims. Startlingly, I discovered that the Governor is a victim of his own obsession with rapid development. I will elaborate by illustrating my thesis with the story of Bill Clinton when he was Governor of Arkansas. In his autobiography, President Clinton offered an insight into the danger of any government thinking it can solve all of society’s problems in 0ne fellk swoop or in the lifetime of its regime. He was desperate to do so much but ended up offending his people who could not endure the pain and sacrifice needed to achieve the monumental results he craved for them.
The case of Aregbesola is not too different. Love him or hate him, even Aregbesola’s bitterest enemies would attest to the fact that the man is a compulsive workaholic. I first noticed this about him as Commissioner forWORKS

called him, was the Mr Fix It of that ground-breaking administration. Indeed, this was the reason Governor Tinubu and Aregbesola became almost inseparable.
In Osun, Aregbesola has embarked on massive infrastructural development. This would not have been too difficult in a country or State where theCOST OF

running government is not so stupendous. But wait for this shocking revelation, the Osun Civil Service has a population of about 35,000, representing about 1% of the State’s population but the monthly wage bill gulps a handsome N3.6billion and a gargantuan N43.2billion annually. This alone devours about 70% of the total budget

across our nation. Please, tell me why our country won’t continue to wear the look of a war-ravaged territory and wallow in misery with this level of government profligacy which does not even begin to help the unemployment mess that our governments try to ameliorate by hiring

as much of the citizenry as possible.
At the end of the day, a government like that of Aregbesola which hopes to pursue personal human development throughSOCIAL WELFARE

would ultimately get stranded in a cul-de-sac. The laudatory Osun School Feeding scheme ensures that over 250,000 students get fed daily during school terms and costs

about N3.5billion per annum. Please, juxtapose this against the Civil Service of only 35,000 people gobbling up about N3.6billion monthly. Similarly, the Osun Youth Development Scheme engages about 40,000 youths at N3billion annually. Apart

from the number of individuals directly benefitting from theseTWO

schemes, thousands of extended families enjoy succour through indirect or ancillary employment and supplementary income freed up by the fact that parents don’t have to undertake these responsibilities.
Tragically, it seems that the problems facing Governor Aregbesola in Osun, like other states, lies with over-spending on a few while under-spending on the majority. The physical infrastructural projects in Osun are quite ambitious. Hundreds of kilometres of roads have been completed

or stalled, including rural, township, intercity and Highway networks. These convinced the people that Ogbeni Rauf, (as he is affectionately called) with his simple style of governance matched exponentially by his appetite for wide ranging and significant development was the Governor to continue to take them to loftier heights and they therefore re-elected him.
However, in the midst of this commendable work, trouble started

to creep in from 2012 with the arbitrary demand for wage increment by civil servants. This was further compounded in 2013 with the steady decline in statutory allocation. The situation deteriorated in 2014 with the crash ofINTERNATIONAL OIL PRICES

.
Much has been made of the purchase of a helicopter by the Government but in a country where transportation is hazardous at best, and a State which demands prompt attention and reaction to various exigencies, faster means of transportation becomes

a necessity rather than a luxury. Besides, the Governor has to find the right balance between interacting with his people and the seeming highCOST OF

a helicopter. I would imagine that the people would prefer a Governor able to be closer to their problems by visiting at will. Moreover, when you consider that the cost of

the helicopter will be spread over decades and not just years, clearly this is not as frivolous an investment

as many would want to suggest.
What is the way forward? There are no easy answers or solutions but we must start somewhere. I believe so much in social welfare

and would never canvass for its abolition no matter the challenges today. It elevates majority of our people and it would spell unmitigated disaster if abruptly guillotined.
In the short run, great dividends will come if labour unions sit at a table with Aregbesola and his team to agree on cost-cutting measures. It may be necessary for workers to sacrifice part of their increased salaries or may have to suspend receipt of some arrears until the situation improves. Any short term solution is bound to bring anger and frustration but we must always be realistic and practical about these problems. The otherOPTION

is mass retrenchment which I will never support because of its potential to increase social anguish and ignite violent unrests.
While it is easy to canvass for a sustained drive forINTERNAL

through indirect taxation and levies, we should be careful not to kill businesses or run the few employers of labour out of town.
The medium and long term solution rests in governemnt attracting domestic and foreign investment through the creation of an enabling environment that allows businesses to thrive. Fortunately, Osun State has always been an agrarian State with significant cash crops like cocoa. It has plenty of arable land and is close enough to Lagos State and the oil producing regions of the South South to tap from businesses which need support there. While I do not advocate that Government should wholly establish these businesses, the State can source for theINVESTMENT AND

take a modest equity participation that will also enable it to directly benefit from its astuteness.
Osun is not the only culprit in this non-payment of salary scandal and it should not be singled out for victimisation. Politics should never be played at the expense and certainly not to the detriment of the people.
My thoughts and prayers are with our dear Governor as he courageously battles to redeem his State. 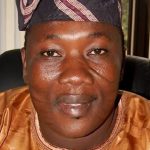 OSUN ASSEMBLY FELICITATES WITH SPEAKER OVER FACULTY AWARDJuly 4, 2015
Aregbesola: Is Impeachment The Answer?July 6, 2015