OPINION: Ogbeni Aregbesola And The 40 Thieves

I love the internet. I can’t stress that enough. It gave me a job, puts food on my table and has afforded me unbelievable freedoms. However, I hate when people take undue advantage of its privileges to simply malign a personality or push a selfish agenda. In this article, that is exactly what this gentleman, Mr. Favour Afolabi, did.
He took half-truths, with no research and a healthy load of bias and splashed a poorly conceived article on the internet. He may have no respect for the Osun government. That’s his prerogative. But, he must have respect for the medium and the many readers he has misinformed.
First off, I don’t believe any average thinker would singularly or entirely blame the immediate past Finance Minister, Okonjo Iweala, or the Former President, Goodluck Jonathan, for the current state of our economy. Everyone knows it is the corrupt and obscure system they met in place and refused to correct that has led us to this sorry pass, where 35 of 36 states are in no shape to use IGR to sustain themselves and the civil service has become a social security safety net. The blame they should take is the lack of commitment to diversifying our economy and their less than stellar records of accountability. If they had warned the state governors in good time about the true state of our finances, may be some of them would have checked their spending much earlier and would have been in a better shape to confront the hard times.
When the issue of bailout for states was being discussed, no one knew what form it would take. President Muhammadu Buhari, in his wisdom, decided to share the intake for the Nigeria Liquefied Natural Gas tax (N400b) and the internally generated income by the Federal Inland Revenue Service (N360b) paid into the consolidated account ACCORDING TO THE CONSTITUTIONALLY-AGREED SHARING FORMULAR. In the end, State of Osun got N2.2b, which it promptly used to offset part of the arrears it was owing. It made sure to protect the most vulnerable and largest segment of the civil service by paying them full salary of January while it paid more senior workers half, promising to reduce the cut as income improves.
Mr. Favour never took the time to explain this because it is not in his interest to educate his readers. His only goal here was to malign and push for disharmony in his own state. It is people like him and Sen. Iyiola Omisore of the PDP that would rather see Osun burn than progress. They are uncomfortable with the celebrated peace that the state has known since Ogbeni Rauf Aregbesola took charge of its affairs in late 2010. They may dislike his style of leadership but why turn this financial crisis into a fiasco simply because it serves their nefarious political lust?
Yes, Ogbeni should take some blame, but from all indications that will be for pursuing development perhaps too aggressively. I would opt for that any day, than the corrupt leadership tradition across our country. I guess that’s why his people largely love him regardless of the situation. In 5 years. Osun, bottom 3 on revenue allocation, has transitioned to one of the few states with the amazing development indices in the country; Lowest poverty rate. One of the lowest unemployment rate, 7th largest economy in Nigeria. The man has figured how to connect with his people through his programmes.
The state, according to the National Bureau of Statistics index, now holds the lowest poverty index, and highest human development index in the country. Osun also holds one of the lowest unemployment rates in the country. The conversation in Osun, isn’t that Ogbeni hasn’t tried, but that perhaps he tried too much. This is a man whose generosity to others and frugality to self is an open secret.

Little wonder that development institutions associate with him to champion innovative development projects across multiple sectors. The World Bank and French Development Agency picked Osun and 5 other states to champion its RAMP 2 Rural Access Mobility Project to build 300KM of rural roads across the State. This because Osun stood out in its implementation of the project.
UNICEF, Imperial College among other development institutions are working with Osun to understudy the only surviving state-wide School Feeding Programme in our country. A scheme that is being championed as a silver bullet to the Education, Malnutrition and Empowerment challenges in developing nations.
The World Bank partnered Osun to develop the national youth empowerment programme for Nigeria, YESSO, riding on the grassroots empowerment successes of the Osun Youth Empowerment Programme, OYES.

These programmes were largely instrumental to Osun’s bump up in development indices in recent years. By the way, these programmes weren’t the cause of the current financial situation. Here are some amazing information to help us all. Osun’s social programme account for less than 10% of government spending but has the highest people impact. For example, the school feeding programme supports 250,000 households and cost N3.5b per year. Contrast that with a monthly wage bill of N3.6b to 35,000 strong civil service that was largely inherited from years of bloated recruitment common across the Nation. At the root of this is a National Problem of Big Government and Poor Management of our National common wealth. To genuinely understand how Osun and other States got here, I advise we take the pain to study this.
For Mr. Favour’s education, the President Buhari Bailout plan entails 3 components: NLNG Funds, which all arms of government benefitted from; the Central Bank of Nigeria facility; and DMO Debt Restructuring for states that require this. While the NLNG funds have been distributed (of which Osun got just N2.2b), the last two components are yet to kick in. So, Mr. Favour, how was Osun supposed to magically pay for the remaining six months?
Osun is six months back-up on salaries. That’s N3.6b per month multiplied by 6; that is a whopping N21.6b! What was N2.2b supposed to solve, really? What Osun needs now is a restructuring of the payment on its loans to free up more funds to pay wages, a system that allows it to exponentially grow its IGR and an aggressive reform of its civil service. The latter is a bitter pill that must be swallowed. The state cannot continue to support a mere 1% of its population with over 75% of its allocation.
While you ponder that, let me tell you what the government of Osun has been doing. Osun is currently working with the CBN to access the facility to pay the remaining arrears. Osun is bracing for austerity and is taking the bold decision of adjusting its wages within its earning capacity. All political officer holders in the state are taking a 50% pay cut. Senior Civil Servants have been asked to do same. The government is protecting the poorest of the civil service. This model is rather novel in austerity in our space. The state is protecting Level 1-7 of the civil service from pay cuts. Osun is aggressively pursuing the expansion of its internally generated revenue base.
These are hard times. Globally. Everyone is feeling the pinch and adjustments are critical. In Europe, we all see how much talk that went into ensuring that Greece remained a part of the EU. It had to raise retirement age, place limitations on what individual bank account holders can do and cut national spending severely. That is a country biting the bullet. Osun is doing the same, in its own unique way. It has not appointed commissioners and aides in a bid to keep the cost of government low. Interestingly, this is becoming a fad in the country. Never mind that it was badly criticized on its introduction by Ogbeni. Many may not agree with this approach but it is logical. In fact, it is on record that this governor has not taken salary since the inception of his administration in 2010. Rather he chose to plough his salary into development projects. Now, how do you beat that?
Instead of looking to malign the Governor of Osun, Mr. Favour and his friends must look at the problem holistically and help to suggest solutions. If he loves Osun like he claims to, seeing it go up in flames won’t be in his best interest. There are times to practice stone-throwing politics. This is not it!
Power is responsibility.
Gbenga Olorunpomi 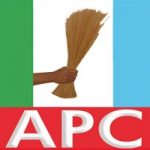 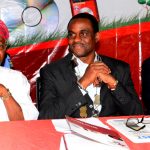