Nothing Will Stall Completion Of Any Of Our Projects –Aregbesola 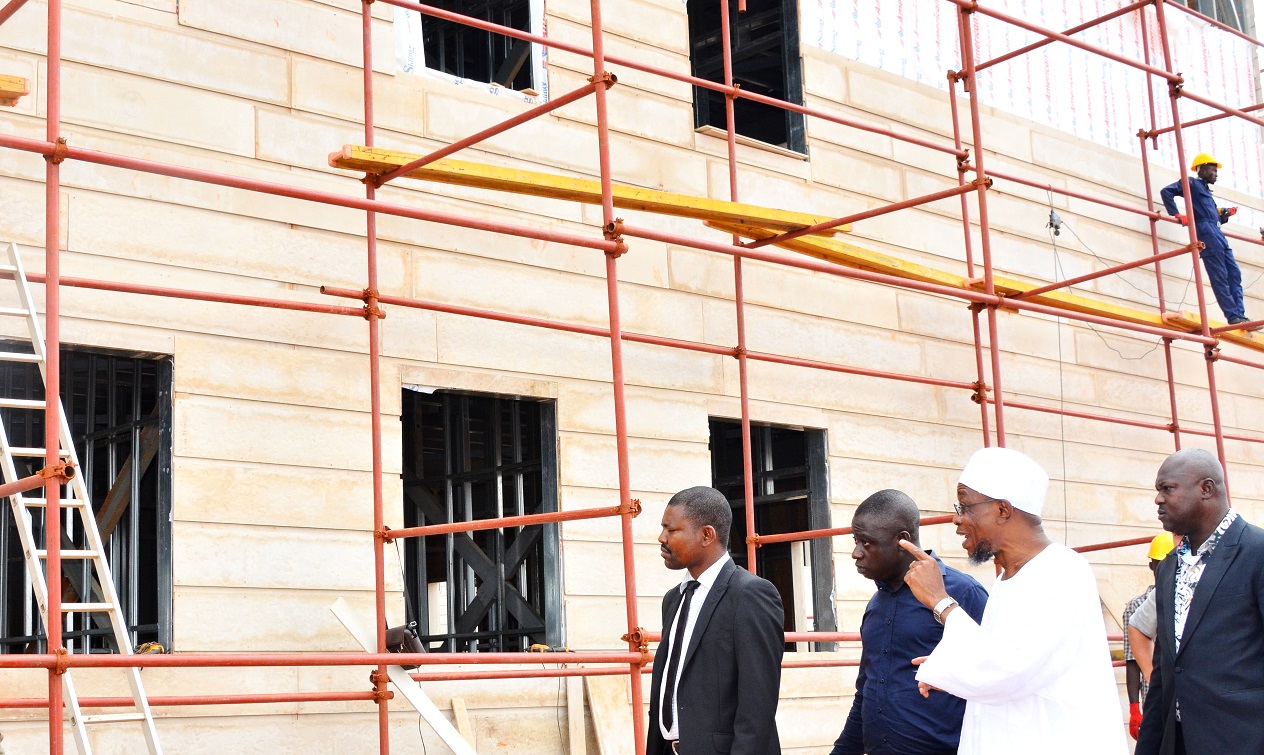 Governor State of Osun, Ogbeni Raruf Aregbesola, accompaning by the
Site Engineer, Ogundele Adedamola on the inspection tour of the
on-going constriction site of Osogbo High School on Monday 19-10-2015.

Tells Contractors To Sit Up

All ongoing projects, including the mega-schools in Osun are to be completed as scheduled. This was the assurance given by the G‎overnor of Osun, Ogbeni Rauf Aregbesola after his assessment tour of the projects at the weekend.

A statement by the Bureau of Communication and Strategy, signed by its Director, Semiu Okanlawon, quoted the governor as stating this during an unscheduled inspection tour of the ongoing construction sites of Ilesa High School.

He was quoted as directing all the contractors of the ultra-modern schools across the state to accelerate work in their various sites.
Aregbesola noted that it would be unfortunate and regrettable if the contractors handling school projects failed to complete and hand-over the schools to the state within the agreed period.
He added that schools under construction are financed with the Sukuk bond, saying there is no excuse for the contractors not to accelerate work pace.
The Governor had earlier in the week also visited Community Elementary/Middle School, Dada Estate, Osogbo High School, Ataoja School of Science, Osogbo and New Model High school in Ede.
For any contractor slowing down on their site, the governor gave stern warnings noting that his government, despite the financial meltdown, was poised to fulfil its electioneering promises.‎

The governor stated that he will leave no stone unturned to ensure that all the on-going school projects were delivered in no distant time to enhance the reclassification exercise of the state government.‎
Aregbesola charged the contractors to keep the contractual agreement with the state government by using the recommended materials for the school building project, noting that government will not shift ground on the set requirement for the projects.
He chided contractors for what he described as slow pace of work on site, pointing out that he would continually be paying unscheduled visit to site to ensure that contracts awarded by government are properly monitored.
The governor frowned at the contractors handling Osogbo and Ilesa High schools, noting that the pace of work by the contractors are too slow as most of the expected works at the sites were not encouraging.‎
On Osogbo High School, he said, “what I met here today was not impressive at all and I am disappointed in the snail pace of work on this site.
“I have been coming here several times but met the work stagnant as no tangible progress could be said to have been made by the handlers of the school building.
“The site for football pitch has not been cleared. The administrative building has not been completed. The school structure remained stagnant,” Aregbesola lamented.
Aregbesola added that it is unfortunate that the school project expected to be completed and commissioned for use soonest has been delayed due to insensitivity and lack of diligence by the contractor.
He said, “It is unfortunate and regrettable that some of our projects are being handled slowly but notwithstanding we will do all we could to ensure a speedy and possibly accelerated implementation as I am personally ready to tour across all the ongoing projects in the state.
“Our government will spare no effort in its bid to reposition the state most especially the education sector as we are bent and irrevocably ready to provide necessary facilities and equipment to aide teaching and learning process through conducive atmosphere,” The governor pointed out at the site.
He therefore directed contractors of all the ongoing projects to expedite action that will facilitate quick implementation of projects, saying government will henceforth not hesitate to revoke the contracts for any non-performing contractor. 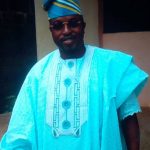 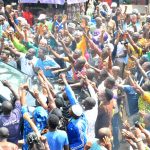