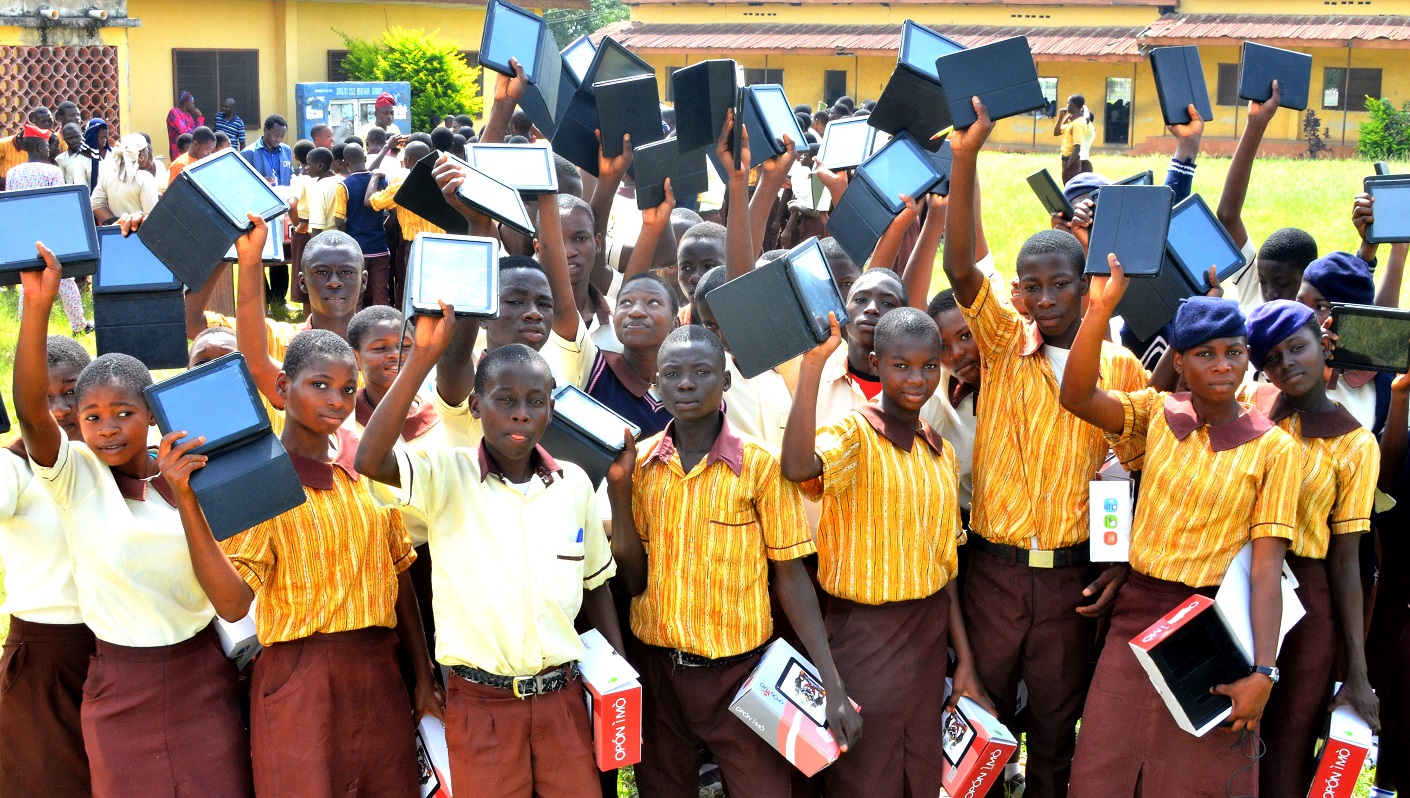 The Governor of Osun, Ogbeni Rauf Aregbesola has on Friday said that his administration will not be deterred in its resolve to take education in the state to a greater height.
The  governor stated this ‎in Ede during the second phase of flag-off and distribution of tablets of knowledge across the public secondary schools in the state.
‎Aregbesola who was represented by the Permanent Secretary, Ministry of Education, Mr. Lawrence Oyeniran described the intervention of the E-stand-alone tablet of knowledge as a fundamental breakthrough in education in the state.‎
‎
He said “Opon Imo” is a serious achievement by his administration in education intervention and innovation that has received various commendations globally.
The Governor added that his government came up with this innovation to ensure better improvement in both internal and external examinations which he said had suffered a serious setback before his assumption in office.
Aregbesola disclosed that the distribution of the computer device will cut across the SSS 3 students in all the public schools in the state.
“We are here at Adventist High School, Ede to kick off the distribution of Tablets of Knowledge known as “Opon Imo” to all the high school students across the state of Osun.
“The tablets of knowledge which is acknowledged both nationally and internationally is a tablet that makes teaching and learning easier in our state.
“We request our students to make good and judicious use of it because it is a great opportunity for them to have a computer based tablets of knowledge to assist their learning technique.
“Aside from that, both principal and subject teachers should be enjoined to ensure that they give the desired guidance to the students on the proper use of Opon Imo in the sense that whoever for any reason among the beneficiaries (students) misapply its uses, it will attract N50,000 fine and this is backup by legislation of the Osun State House of Assembly.
“The distribution will go round the entire three senatorial districts of Osun State”, he said.
Commenting on why the first distributed Tablets of Knowledge were retrieved from the students, he said it was done to upgrade, repackage and give those students who have been promoted to SSS 3 class the equal opportunity to use the e-learning device.
‎
“After a session, we retrieved those materials for upgrading, re packaging and repair because it was obvious that some of these materials might have been damaged by the beneficiaries since they are not meant for keep by the students.
“In as much as it is a tablet that is meant for generation yet unborn, there is need for both government and the students to see it as a valuable assets need to be carefully preserved and protected.
“Its use is mainly for students who are successfully promoted to SSS 3 class and these electronic device would be used for West African Senior School Certificate Examination(WASSCE), National Examination Council Examination (NECO), and Unified Tertiary
Matriculation Examination (UTME).
On the significant impact of Opon Imo since its introduction, Governor Aregbesola said since the advent of the electronic gadgets which serve as crucial educational intervention, the performance of students across the state has tremendously improved in terms of results and academic prizes.
He said, “When you look at the status of our education in terms of our students WAEC results, Academic accolades and performances in the past before the advent of ‘Opon Imo’ by juxtaposing it with the current situation in the education sector, there is no doubt in the fact that we have improved geometrically and purposefully.
“Our landmark achievents on education has been manifested in the quality of public school products.
“Spontaneous development has been recorded since the intervention of this technological initiative of our administration as our students results have improved through the academic tools being given to them, while their performance has been on the increase.
He charged the school principals of all the public schools in the state to convene meetings and interactive sections with parents of their students on the need to assist their wards on proper protection and preservation of the device given to them.
Aregbesola said, “There is need for the parents of our students to be properly oriented and enlightened on the carefully use of the Opon Imo because some students are very careless to the extent that they may misapply or misuse the device outside what it was meant for.
“The era whereby students can just misapply the opportunity given to them through tablets of knowledge has gone because there is a law being enacted by the State House of Assembly prohibiting such act and whoever breaches it would face the consequences.
“Therefore, our parents must be properly schooled and enlightened on the good maintenance of this device. They must be guided on its better uses as they are expected to take it as an essential commodity, because it is not for students to keep, they will use it and pass it on to those behind them after graduation.‎ 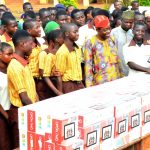 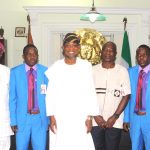