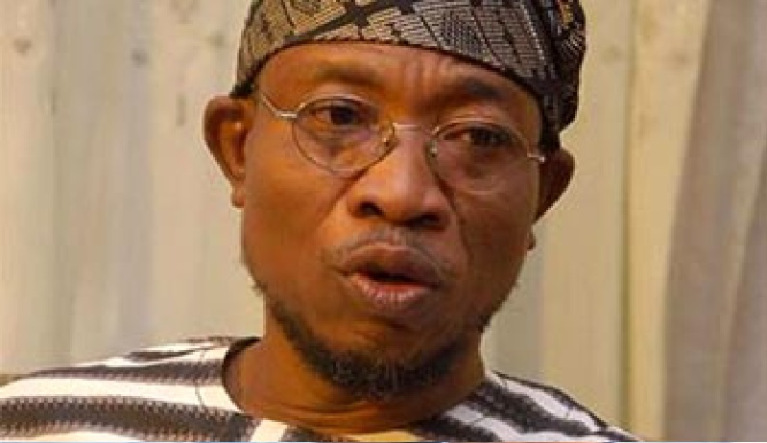 Osun State Governor Rauf Aregbesola has asked the Tertiary Education Trust Fund (TETFund) to increase its interventions in tertiary institutions in the state in order to complement the efforts of his administration.
According to him, the commitment of his administration to basic education in the state  to prepare a solid foundation ‎for the tertiary institutions has robbed the latter of government attention, hence the need for TetFUND to fill in the gap in order to balance the equation.
He said, “Our commitment to foundation education has robbed us off the commitment to higher institutions.”
‎Aregbesola stated these in Abuja at the weekend when he paid a courtesy call on the Executive Secretary of the Fund, Professor Suleiman Bogoro.
He said he came to seek a mutual relation with the Fund and also explore areas where his government and TETFund can work together.
‎
The governor said Osun State is the second state in the country with the highest number of tertiary institutions ‎noting that he came to the TETFund headquarters to be able to do more for the tertiary institutions.
He said “I came to seek a mutual relationship and exploit areas where his government and TETFund can work together. Knowledge is power, education is the greatest legacy, any society could leave to those who are going to take up the mantle of leadership. The best investment therefore is education. There can’t be any investment of greater value than education.
I want to thank  those who created TETFund, we thank the leadership of this country that thought it wise to create an education trust fund. I’m not here to complain, there’s no reason for it. I’m here therefore to do more for higher institutions in my state.
You would see me more often and I will not put any pressure on you. I will fraternize with you with the mind that my state will get the best from you and you will get the best from the investment.
“My state is probably second in terms of number of highest number of higher institutions in Nigeria. I proudly invite any appropriate head of department to come and survey what we are doing in education particularly the foundation education.
“We are remodeling and restructuring primary education the way no one has done in this country. The higher education is useless when the foundation is defective.
Our universities, colleges and polytechnics must impact on the society because we have peculiar needs. We are not collapsing institutions. We are simply rejigging institutions for them to be more useful‎.”
‎While responding, Executive Secretary of TETFund, Professor Suleiman Bogoro remarked that ‎the country has a lot to thank Osun state government for over the introduction of school feeding noting that the federal and state government must emulate the model.
“Foundation is where the future is. We can not achieve anything if the foundation is poor,” he said
He disclosed that the governor gave him at a closed door session they had,  specific requirements for his state saying ” we shall make sure we make contributions to add value to what the governor has been doing.
“Federal government and other states should learn from Osun state,” he added.
LEADERSHIP 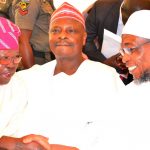