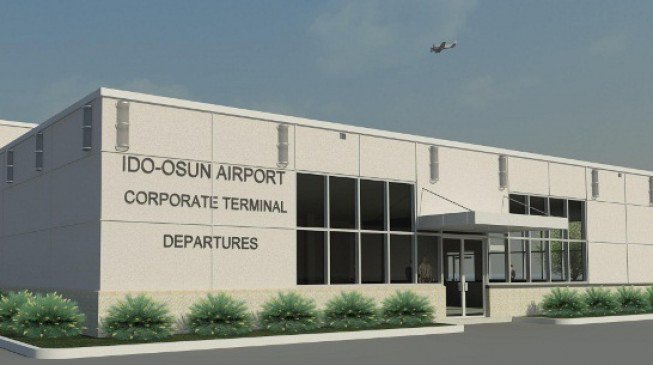 Says Airport project had been reviewed to N7.5bn by PDP government six years ago

The Government of Osun has described the allegation by the Peoples Democratic Party (PDP) in the state that it has inflated the airport project in Ido Osun by N11 Billion as another confirmation of the fact that the PDP suffers from hallucination that is causing it wild imagination and delusions.

The government said the party keeps showing that there is no limit to the depth it could sink in irrational and illogical thinking.

‎In a statement by the Director, Bureau of Communication and Strategy, Office of the Governor, Mr. Semiu Okanlawon, the government said the allegation by the PDP is most inelegant and absurd, having no foundation in reason or logic.

He stated that the allegation of inflating the contract sum of the Moshood Abiola International Airport from N4.5bn to N15.5bn, is a fiction and not a fact, saying that PDP in the state has once again displayed its pettiness, mischief and crass ignorance about governance.

The statement pointed out that the said contract under the former administration of PDP more than six years ago, was reviewed from N3,967,085,161.38 to N7,512,615,918.06 stating that this alone is enough to puncture the PDP’s fabrications.

“To every reasonable critic, if a contact was reviewed to N7.5 billion as far back as 2010 to the knowledge of the Presidency and the Ministry of Aviation, does it not make sense to consider exchange rates and other factors that could be responsible for the upward review of the contract?

“But we know that PDP can only survive on lies. However, we are consoled by the fact that its lies of 16 years are in the open. Its leaders are singing at the corridors of the anti-graft agencies and it is a matter of time before those who got contracts and never executed them but have used the ill-gotten funds to intimidate the people of our state come to judgment as well just like their cohorts who are now guests of the EFCC and inmates in some of Nigerian prisons.”

Noting that the Aregbesola administration has no problem with constructive criticism from opposition, it explained that “the Job of the opposition is not to concoct lies but to provide strong criticism  spiced with concrete facts”.

He held that it must be placed on record that the state’s airport project is in line with the realities of airport construction in Nigeria, citing the examples of Kebbi Airport that was built at an approximate sum of N17 billion and Bauchi’s N13 billion built about two years ago.

The statement noted that the aviation industry is changing worldwide, adding that an airport is not just about transporting air passengers alone but key in the movement of cargo.

The statement added that the MKO Abiola International Airport under construction in Osun is being built with huge economic benefits to the state in mind adding that the provision for an hanger for aircraft maintenance is part of the strategies to boost the Osun economy.

It stated that it was not of no importance when the Federal Airport Authority of Nigeria (FAAN) called on states in Nigeria to enhance the movement of cargoes and passengers to accelerate economic development.

On the issue of jerking up the contract sum in order to allegedly embezzle the bailout loan the state got from the Central Bank of Nigeria, the statement wondered if PDP members in Osun resides in the state for them not to know how the bailout fund was handled in the state in a transparent manner.

Stating that the airport project has nothing to do with salaries or pensions in the state, the government said a project that was initiated before the coming of the Aregbesola administration cannot be reason for delay in the payment of salaries, which according to the statement, is already a settled matter given the understanding between the workers and the government.

The statement reminded PDP of the visit of the Nigerian Labour Congress’ President, Comrade Ayuba Wabba to the state workforce where he described such allegation as misleading and unfounded.

“Osun government and labour leaders came to a common ground on how the bailout funds was disbursed for the payment of backlog of workers’ salaries.

Any insinuation on abuse or misappropriation of the fund is simply the imagination of a jaundiced mind.

“The union and the state government set up a 17-man committee presently overseeing the apportionment of all revenues accruing to the state for equitable distribution to all sectors of the government for industrial harmony and effective administration of the state.” The statement emphasized. 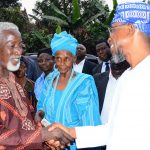 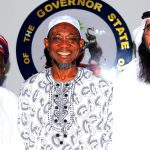