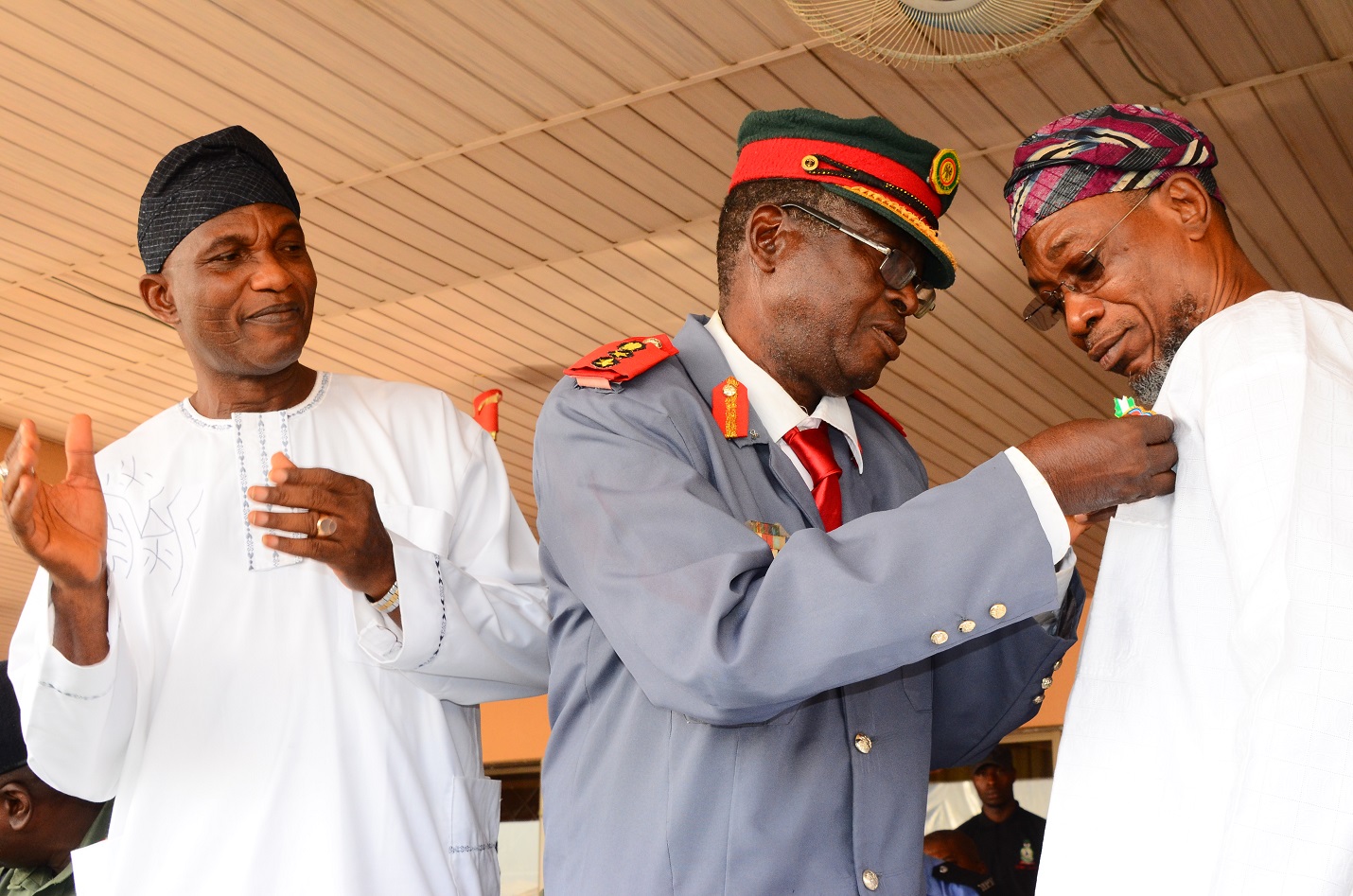 Governor of the state of Osun, Ogbeni Rauf Aregbesola has called on the Nigerian Army to concentrate and improve upon the vocational training and skills acquisition programmes embedded in the training curriculum of soldiers in the country.

He said this will assist the soldiers and the country to a greater extent after their discharge from active service especially now that the country can no longer depend on oil revenues for survival but rather on individuals’ zeal and ability to assist the government towards economic improvement.

Ogbeni Aregbesola stated this today as the State of Osun joined the rest of the country in marking this years annual launching of the Armed Forces day emblem held at the government house in Osogbo.

According to Aregbesola, “The Nigerian Army needs to improve on the vocational training programmes of our soldiers because it is what the country needs at this point in time when the nation can no longer depend on oil revenues.

“The army also needs to channel the strict discipline nature of the force on the youths by establishing what I call a citizens army, a system where youths will be enlisted into the force for strict discipline which the country needs in its affairs because a nation with disciplined citizens will be free of corrupt people”

Governor Aregbesola held that the country has moved to a stage where vocations would be accorded and taken with high esteem in all human endeavours especially on the need to rescue the country out of the present excruciating economic quagmire.

Aregbesola lamented on what he regarded as an administrative negligence of the gallant efforts being exhibited in the sustainability of the country’s democratic structure, saying the supreme sacrifices made by the gallant and courageous military warriors must be given a worthy recognition by government at all levels.

He however tasked the leadership of the Nigerian Army to take as a matter of urgency the need to liberate the most respected security institution from the undeserved hardship after retirement.

Aregbesola also used the occasion to call on all and sundry to see the veteran soldiers whom the country is celebrating as their responsibilities by regularly supporting their welfare and upkeep at all times, emphasizing that the least that could be done for them is to keep the memories of the fallen soldiers alive and take care of those who are alive especially their families.

The Governor also called on corporate organizations, well meaning Nigerians to rally round the families of the fallen heroes and the veteran soldiers so that they will not be made to regret their priceless and inestimable sacrifices made for their fatherland.

“The least we could do for our fallen heroes is to keep the memories of the soldiers alive while also taking good care of the families they left behind, the soldiers gave a supreme sacrifice for the nation so that Nigeria can become one and stand till date.”

“I call on well meaning Nigerians as well as corporate bodies in the country to show love and support to the veteran soldiers and their families as we need to keep their memories alive through our kind gestures.

Governor Aregbesola who bemoaned on what he regarded as naked impunity and wickedness, a situation where soldiers terrorizing and molesting innocent souls on no just cause should be check-mated , saying unless the power embedded in the military are constitutionally exercised, the discipline known for the military would be totally desecrated and abused.

“I am also using this occasion to call on Nigerian soldiers not to loose sight of the fact that they are responsible to Nigerians and the society at large, I call on you not to act in self defense but obey the law no matter the provocation or intimidation you may be faced with at any given point in time”.  Aregbesola stated.

The Governor had earlier launched the emblem with a personal sum of one million naira and was followed suit by other dignitaries present at the occasion.

Earlier in his address, the Deputy Commandant-General and Chairman Nigerian Legion of Osun State, Colonel Alimi Samotu commended Governor Rauf Aregbesola for his fatherly assistance towards the plights of the legion since inception of his administration.

Speaking on the significance and plight of ex-servicemen, Colonel Samotu explained that the Armed Forces Remembrance Day Appeal Week is a familiar event set aside by Nigeria to express in a number of way its concern and appreciation for the fallen heroes in the first and second World Wars, including the current War Against Insurgence (Boko Haram), the Nigerian Civil War, in Liberia, Somalia, Sierra-Leane and Darfur in which Nigerian Soldiers participated.

He said the fallen heroes must be forever remembered because of the supreme sacrifice they made particularly during the Nigerian Civil War.

“The gallant fighters lost their lives on the battle field without a farewell to their families and other dependants and many who did not die became maimed. They suffered from mental degradation and all other forms of evils of war.

“While remembering the Fallen Heroes today, we must as a matter of responsibility, remember their dependants, their children, the aged and those Ex-servicemen who had been maimed in the course of defending their fatherland.

He therefore appealed to the state government to provide the legion an official vehicle, imploring Federal Government to pay the Military Pension Outstanding Arrears. 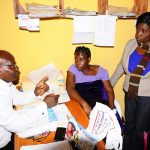 PHOTO NEWS: Doctors And Health Workers Attending To Patients At Govt Hospitals In OsunJanuary 8, 2016
Nigerians Must Farm To Avert The Effect Of Current Economic Imbroglio-Aregbesola...As He bags Award Of Recognition,ImportanceJanuary 11, 2016 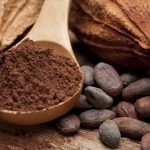