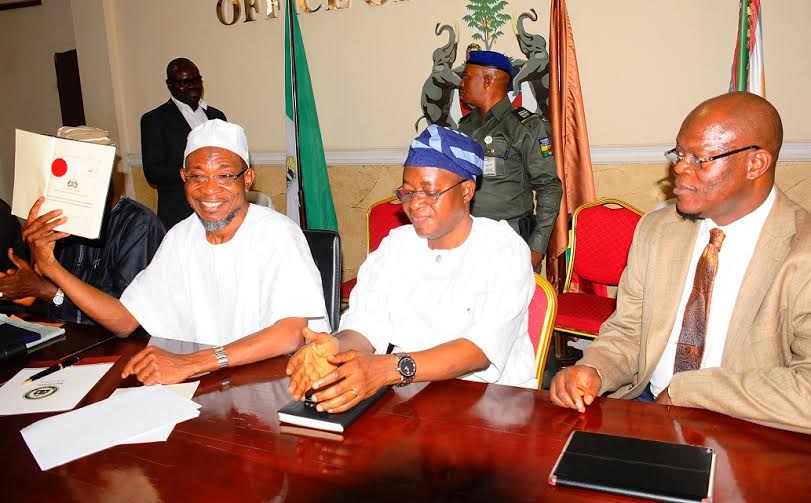 …Says state’s airport, schools, other projects guided by best procurement practices
In a bid to sustain transparency and accountability in government transactions, the Governor of Osun, Ogbeni Rauf Aregbesola on Wednesday signed into law the Osun Public Procurement Law 2015.

The Public Procurement Law provides for public dissemination of information on government procurement which will guarantee citizens, particularly small and medium scale enterprises opportunities to participate in public procurement processes among others.
The Governor, while signing the bill into law at the Executive Chamber Lounge of the Governor’s Office in Osogbo said that procurement is one way in which the government interfaces with the people and re-inflates its domestic economy.
‎
Aregbesola, considering the volume of government procurement, stated that it is important that the resources of government be managed judiciously and the procurement process seen to be transparent and equitable.
He held that government as stewards of public funds, must be accountable and be seen to have got the best deal for the people with public funds.
The Governor said, “Just today (Wednesday), a report in one of the newspapers compared the airport we are building in Osun to similar ones built by other states and concluded that ours is the cheapest, even when we have the longest runway.
‎
“A recent similar comparison on the mega-schools we are constructing was done with that of a neighbouring state and also gave us a favourable rating, not just in cost but in quality. It is stuff like this that separates us from the rest.
‎
“It is the need to have these values codified into law and make it bounding principles of governance for whoever is in government that motivated us to make this law.” ‎
‎
‎He pointed out that the State of Osun Public Procurement Law 2015 in all consists of 81 sections which will ensure probity, accountability, transparency, value for money as well as establish fair pricing standards and benchmarks.
‎
Aregbesola stressed that government has put in place adequate guideline to safeguard the law from being abused by people.
‎
He said, “No matter how well intentioned any policy of government is, it is bound to be abused by unscrupulous elements saddled with its operation.
“Hence, the Section 23 (1)-(27) was coined in line with best global practices in procurement and even modeled to suit our own peculiarities in the State of Osun so as to forestall any act of sabotage right from the outset of any procurement process”.
The governor added that Section 25 of the new law makes it mandatory that all procuring entities must have a procuring Office with the function of i‎nitiating the entity’s procurement process.
He also noted that the procuring office must carry out appropriate market and statistical surveys, prepare analysis of cost implication of a proposed procurement among other functions.
‎
Speaking earlier on the law, the former Commissioner for Regional Integration and Special Duties in Osun, Dr. Ajibola Bashiru stated that the‎ Public Procurement Law, 2015 is a well-researched Law in line with the demand for transparency, accountability and effectiveness that the procurement process demands.
He held that the passage of the Law will guarantee Osun citizens’ opportunities to participate in the economic opportunities and benefits embedded in public procurement, among others.
Ajibola also added that the law will also ensure probity, accountability, transparency, value for money as well as establish fair pricing standards and benchmarks.
‎
He said, “The new State of Osun Procurement Law, 2015 is the provision for E-procurement as contained in Section 61 which provides that the Board shall design and set up a secure electronic portal, not later than twelve months from the enactment of this Law or at such time that the Governor may consider appropriate”. Dr. Ajibola noted. 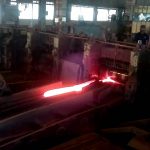 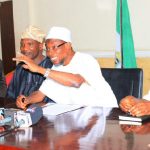