The Governor State of Osun, Ogbeni Rauf Aregbesola has presented the Staff of Office and instrument of  appointment to Onisara of Feesu, Oba Moshood Alamu Oparonke 1 at the event that was held at Baptist Elementary Primary School Feesu –Iwo.
The Governor, who was represented by the Secretary to the State Government, Alhaji Moshood Adeoti explained that the presentation was a clear testimony to the high priority and regards the administration in the state has been according the traditional institution in the state saying the traditional institution has been serving as a unifying agent of peaceful co-existence and communal development in our society.

Alhaji Adeoti then charged the new monarch not to give room for  land, boundary and religious issues to  degenerate into communal crisis in his domain.  He called on him to be fair and just to all his subjects.
The Secretary to the State Government urged him to mobilize the people of Feesu to always fulfil their civic responsibilities by paying their taxes and rates promptly.
The Chairman of the Coronation Committee, Deacon Gabriel Oyebamiji, in his welcome address, expressed the gratitude of the people to the government of Ogbeni Rauf Aregbesola promising maximum co-operation and support for government programmes and policies.
The Council Manager of Iwo Local Government, Mr. Gbenga Babatunde thanked the Governor for his developmental  strides in the State.  He also congratulated the new monarch on his appointment.
Earlier in the day, the Secretary to the State Government, Alhaji Moshood Adeoti represented the Governor at the presentation of staff of Office and instrument of appointment to the Looja of Agberire, Oba Jacob Oyetunde Alajide in Agberire, Iwo West Local Council Development Area. 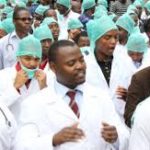