A statement by the Director, Bureau of Communication and Strategy, Office of the Governor, Semiu Okanlawon, quoted the governor as saying that the pupils have demonstrated true Omoluabi ethos of the state, part of which are handwork, dedication and cooperation.

The Governor commended the first runners-up of the Kids Cup for their achievement at the competition, adding that the feat must be extended to their academic pursuits.‎

Aregbesola stated: “I congratulate the representatives of the state at the Channels National Kids Cup tournament for making the third position in the competition. We salute their diligence and industry.

“Throughout the tournament, these youngsters demonstrated the ethics of decency, forbearance, healthy competition and dedication which resulted in their ultimate triumph as the bronze medalists. They are true OMOLUABI from the state of OMOLUABI.

“We are very proud of them, their managers, all facilitators of this victory, their parents and friends. ‎With this accomplishment, they must not rest on their oars both in sports and academics. This certainly is the beginning of great achievements for them and the children of Osun.” 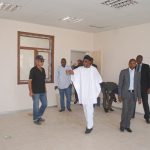 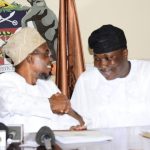