Aregbesola, Fayose At Loggerheads Over Proposed Sale of National Assets 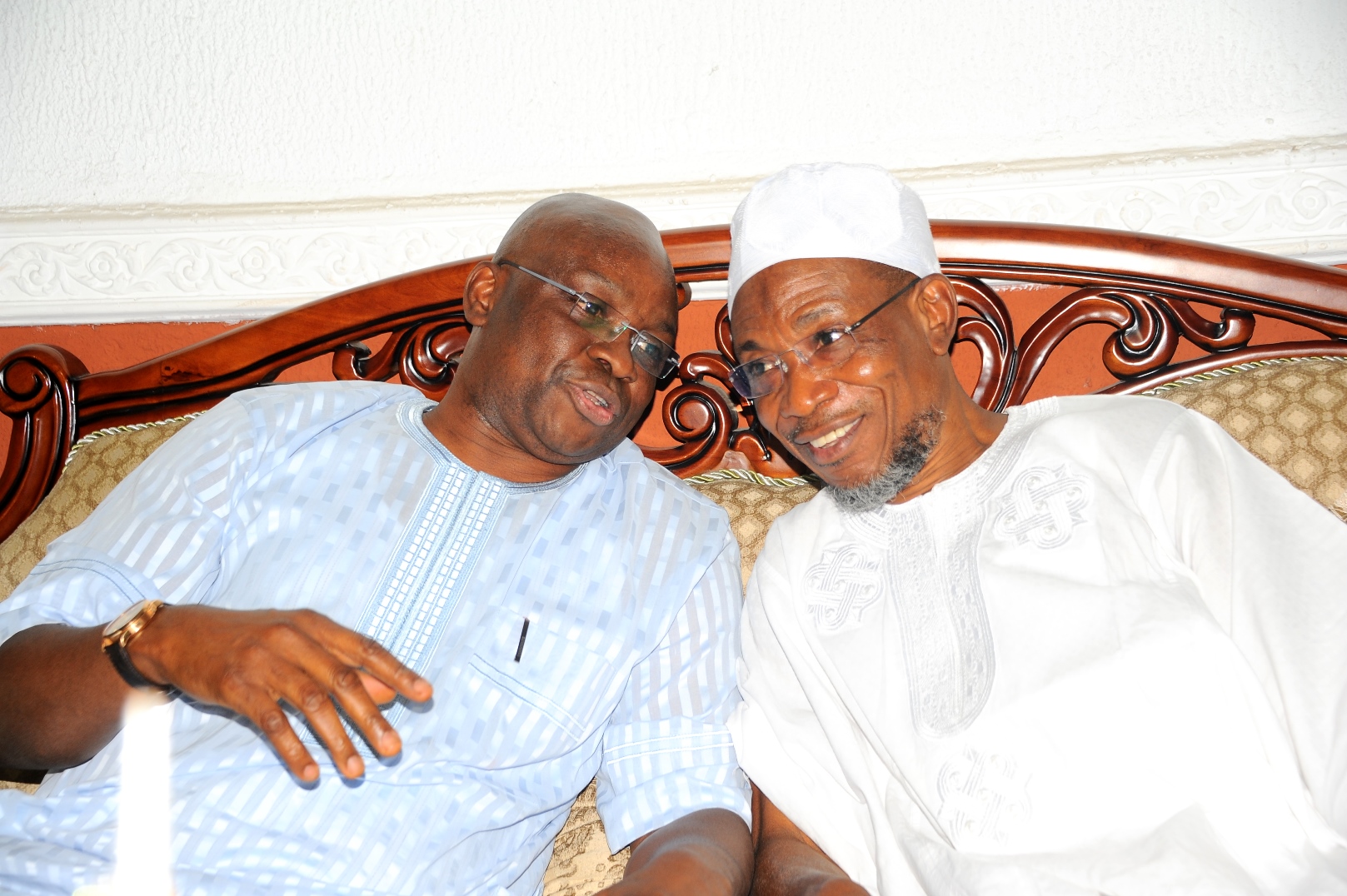 As controversies rage over the proposed disposal of national assets to combat the economic recession, the Governor of Osun State, Rauf Aregbesola, has told President Muhammadu Buhari to sell off  idle national assets to service the functional ones to save the country from  undue embarrassment.

Aregbesola said the country has only two options to wriggle out of the economic recession, which are to either sell off  any idle national asset or borrow from the international capital market, stating that nothing would profit the country to hold onto assets that have no economic viability .

However, his counterpart in Ekiti State, Mr Ayodele Fayose, has sharply opposed the proposition, saying it amount to placing Nigeria on auction if national assets that ought to be its heritage and

pride are disposed off, adding that Nigeria should  desist from acting like a prodigal son.

The duo expressed the divergent views during the weekend at the occasion of the 20th anniversary of Ekiti State where Aregbesola had delivered a keynote address tagged : ‘Imperative of Unity’.

Aregbesola harped on  the need to gear up  aggressive efforts to developing the  agriculture, concerted efforts to end oil pipeline vandalism and regional integration towards meaningful development to bail the country out of the economic doldrums.

He said: “We should revive agriculture, especially food production.

Agriculture gives us raw materials for industries and aids in no small measure economic development.

“If we can improve on our productivity in food production through agriculture, we will eliminate hunger in our land.  I want to urge all Nigerians on a concerted effort to end the on-going vandalism of oil pipelines as the militants’ activities have reduced the nation’s daily  productivity level to between 700,000 to 1 million per barrel.

“ The current vandalism of oil pipeline by the Niger Delta militants is robbing the nation of oil production of 700,000 to 1 million barrel on daily basis. This amounts to a huge loss of oil revenue to the country and has further led to the current recession in the country. An urgent concerted effort is therefore needed to stop the vandalism so that the country could get out of the recession.”

“I congratulate  you all Ekiti people on the 20th anniversary of the creation of your state, my state, our state.  You fought the Ekiti Parapo war which is an indication of unity of purpose. There is strength in unity.

It is high time the Yoruba nation and indeed the South-West united in terms of integrating our development strategies in education, commerce, economy, agriculture,  tourism among others. There is no reason we should not unite for the best.”

“If we sell the asset because the country is in recession, what would be left of Nigeria? What would we call our own?. Selling of assets is like bringing the country more backward.

If we sell the assets to finance this year’s budget what would we sell next year?.

“The federal government  should look beyond its party and assemble economists, financial experts that would assist the president in his drive to bring the nation out of the present economic quagmire. “

Urging the federal government to also uphold the principles of justice and equity, which he said are germane to building democracy, Fayose said: “Justice is very important and without it, democracy is already endangered. If people are now beginning to contest against INEC and security agencies for manipulations of elections, then democracy is endangered.

It is political parties that are supposed to contest elections not people contesting against inadequacies of the electoral umpire. A virile opposition is a veritable ingredient of democracy,” he said

Fayose said he decided to chose Aregbesola rather than any PDP member as speaker for the occasion, because of the  dire need for the nation to remove the veil of politics and work together as a team to rescue the nation from its current economic woes.

“I want to caution that theory doesn’t amount to reality. Nigeria requires practical steps to surmount our challenges.  If you examine critically the current trend in the country, Nigerians have begUn to ask why don’t we go back to the time when a dollar was N200 and not N500/.

“ In all countries of the world, when a new  government comes into place, they bring together all views, opinions and parties irrespective of their political party, to sit down and direct the affairs of the nation because the government is coming afresh and needs a lot of things to learn and gather before they can fully take control and build on the existing achievement,” he added. 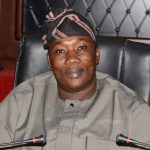