In its bid to stem the rate of prevalence of cancer in the country, the Glorious Youth Empowerment Centre (GYEC), a non-governmental  organisation (NGO), in partnership with Marie Stopes International, Nigeria, the Osun State and the Federal Ministry of Health, has held a cancer sensitisation and screening programme in Osun State for women.
No fewer than 23 nurses were trained by a team of specialists from Marie Stopes International, Nigeria at a week-long workshop entitled “Who Shall Deliver us From This Plague?” held in Osogbo, Osun State capital city.
Out of the 23 nurses, 15 were from Osun Hospital Management Board, seven from Osun Ministry of Health and one from the Ladoke Akintola University of Technology Teaching Hopital (LAUTECHTH).
Subsequent to the workshop, a capacity building training was carried out for health personnel at the General Hospital Asubiaro in Osogbo.
According to the team leader of the cancer project, Glorious Youth Empowerment Centre, Dr. Samuel Ekundayo, 200 women were screened for cancer during the week-long programme.

Ekundayo, who revealed that 80 women were screened for cervical cancer, said at the end of the exercise, no case of cervical cancer was recorded, adding that medical advice was offered to the participants.
Explaining the mission of the programme, the founder of the NGO, Mrs. Remi Ajibewa, noted that the GYEC had vast interest and experience in the provision of support and necessities for the vulnerable youth, women and widows in the society, saying “our mission is to promote quality life for women, children, young people and other vulnerable population through skill development, enlightenment, advocacy engagements and direct support services.”
Continuing, she said: “We have specifically focused the attention of this workshop on cancer in order to enlighten our people, especially at this time when our current lifestyles predispose us to different kinds of diseases.
“Our interest in cancer is because the disease is one of the toughest fights anyone can face. Or even one of the greatest challenges difficult to come to terms with when it is diagnosed. The disease is growing rapidly in our community like a raged fire and the entire world at large, with several lives lost and dreams shattered.
“The World Health Organisation (WHO) says cancer accounts for 13 per cent of all deaths registered globally. Seventy per cent of that figure occurs in middle and low income countries. In Nigeria, about 10,000 cancer deaths are recorded annually while 250,000 new cases are recorded yearly, with breast and cervical cancers being the commonest among women.
“Prostate cancer is more prevalent in men. Unfortunately, many Nigerians are still poorly educated on this growing disease. Many Nigerians still see cancer as a disease of the wealthy, the elderly and even restricted to the developed countries. While many sufferers of the disease in the country, on the other hand, still regard it as their fate and, as such, a death sentence.
“Cancer is not just a health issue; it has far-reaching social and economic implications. It also does not discriminate. It is a global epidemic that affects all ages. Its consequences are alarming, challenging and very demanding; even as it has been noted to kill more than HIV and AIDS.
“Although persistent research is still ongoing towards finding a permanent cure for this most puzzled disease, we at GYEC believe that massive awareness of the general populace is critical to stemming the tide of cancer in Nigeria and indeed globally.” 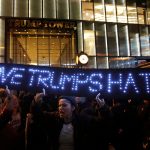